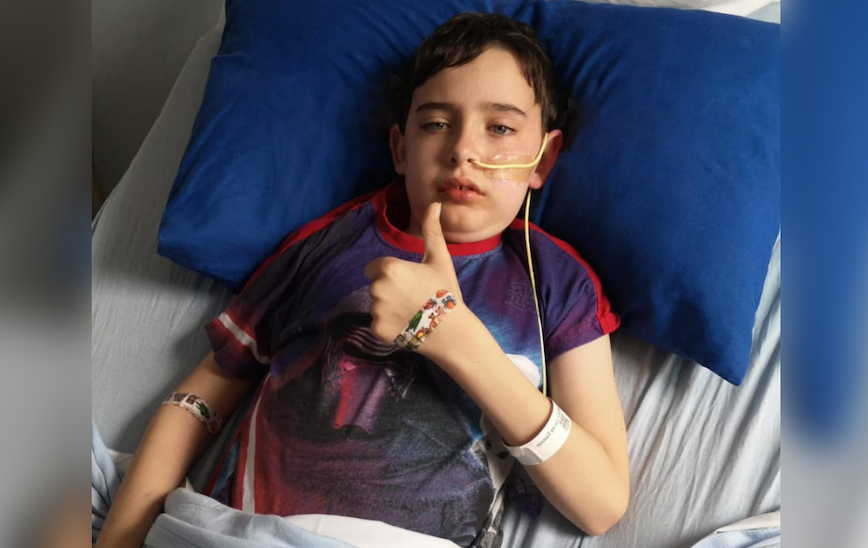 Parents of a 10-year-old boy, who was told by doctors that he has a 0 per cent chance of survival and just months left to live, say their son could become the first child in the world to undergo groundbreaking cancer treatment. The boy’s father said that his son became sick on several occasions. When the boy started struggling with his balance, his parents took him to the hospital. Unfortunately, the young student was diagnosed with Diffuse Intrinsic Pontine Glioma, a rare and aggressive form of cancer with no chance of survival.

The 10-year-old boy, Lucas Posey-Bottomley, was a healthy young boy. Unfortunately, in April 2022, Lucas was diagnosed with terminal cancer. The doctors told the parents that their son has a 0 per cent chance of survival and just months left to live. But, they have not given up on his recovery. Lucas’ parents are hoping their son could become the first child in the world to receive treatment for his brain cancer that could save his life, The Mirror reports.

According to Lucas’ father, Jamie, the 10-year-old boy became sick on several occasions. When the boy started struggling with his balance, his parents took him to the hospital. Unfortunately, the young student was diagnosed with Diffuse Intrinsic Pontine Glioma, a rare and aggressive form of cancer with no chance of survival.

During an interview with The Mirror, Lucas’ father reportedly said: “He hadn’t been really ill before the diagnosis. He was sick once and we thought nothing of it at first, but then he was again and then he had balance problems, so that’s when we took him to the doctors. It was there where we were told the news – and I’m still in shock now. I still find it hard to believe, to be honest, and I’m a 37-year-old man, so I don’t think anyone can appreciate how a child will take it.”

The 10-year-old boy underwent an intensive round of radiotherapy and is now back home. Lucas’ parents said that he is now unable to walk or talk.

Jamie Bottomley reportedly told LL: “He knows he has a tumour, and while we’ve not told him he’s going to die, I think he knows. He probably knows it and that’s heartbreaking. It’s scary and I don’t think anyone can appreciate it truly unless it happens to them, but no-one should go through it. No parent should have to tell their child he’s going to die.”

Lucas’ parents still have hope and are raising money for the treatment pioneered by SonALAsense, a company that develops sonodynamic therapies for brain and other lethal cancers. According to Jamie, the clinical trial involves taking a drug that’s designed to attract cancer cells before then killing them with an ultrasound device.

Lucas’ parents also told LL that the clinical trial could last months. It’s also dependent on the boy’s cancer having not spread to his spine.

Jamie Bottomley also said: “From being told we had a 0 per cent survival rate to being given this hope, we hold onto it dearly. We hope Lucas’s MRI will say the cancer’s not spread and hopefully that means we can go to America. Anything we can do to help him, we’ll do it. It’s what any parent would do.”

Funding for the treatment will come from SonALAsense, but money for Lucas and his family’s living costs while in America will need to be covered by themselves. The unfortunate parents from U.K. have launched an online fundraiser to raise money for the expenses.

“We are so hopeful for what could happen and are desperate for good news. I’m trying to stay strong and keep it together for the family, but it’s difficult. Our whole world got turned upside down and we’re still trying to recover from that, but maybe this will be what we need and what Lucas needs,” Lucas’s father also said.