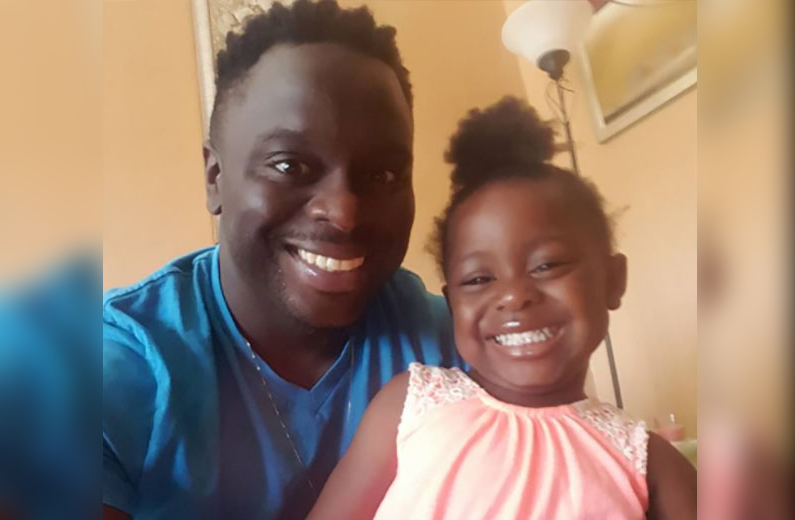 According to the police officials, a 33-year-old father has died while protecting his young daughter from gunfire. Police say the dad was taking his 7-year-old daughter to school when a man got out of his car and started shooting on September 1. The dad had stopped in traffic and was talking to his mom on the phone when the gunman opened fire and shot him four times. He was taken to hospital where he was pronounced dead.

The location of his wounds show that the victim, Travell Miller, was bent over trying to protect his daughter and possibly saving her life, the victim’s father said.

According to the publication his family says they have no idea why Travell would be targeted, saying he had no enemies and had just moved to the neighborhood five days earlier.

“He was simply driving his daughter to school. He was talking to his mother [on the phone] as this guy runs up on the car.” his father said.

Doctors told the family their granddaughter is “traumatized,” adding: “She’s devastated that she watched her father get killed.”

A GoFundMe, which has raised more than $19,000 to help the family through such a horrific time, said the victim from Illinois was loved by everyone who met him.

“Travell was a fun and joyful soul who was passionate about life and lived it to the fullest. He was a loving father and his first priority was always his two daughters, Norielle and Esther,” the fundraising page said.

They moved to Florida to work as bartenders but had struggled with work when the pandemic hit so they both relocated back to Illinois.

“It sucks that bad things happen to good people. This is truly one of those situations.”

Parents charged in death of 5-year-old adopted child, ‘The mother gave four different versions of what led to her daughter’s injuries’