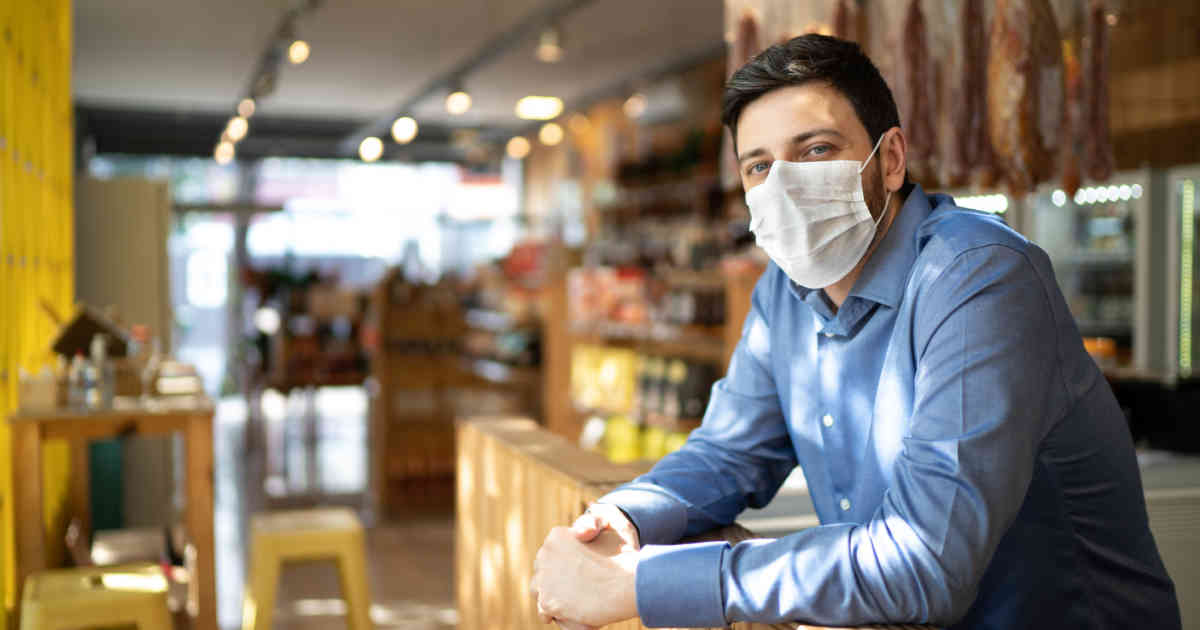 CHATTANOOGA – With the Holiday season underway, most small businesses should be well into their busiest and most profitable period. Unfortunately, this year has not been one in which things turned out as they should have and small businesses and the world at large are hunkering down for what is turning out to be the most fraught period of the global pandemic to date.

And the outlook is worrying not only for public health, but also the economic health of the nation’s core economic drivers. Many of America’s independent businesses and locally-owned companies are still reeling from the initial shutdowns at the start of the year. Many now face bleak prospects as they weigh their options and await a long-anticipated federal stimulus package that still seems in contention in Washington D.C.

Still there are signs of hope, both medically and economically. And while uncertainty may hold sway for the coming months, small business owners can still rely on Credibly to provide financing and guidance through whatever the next few months may hold.

The unfortunate truth facing businesses across the U.S. is that lockdown will likely be a possibility for the near future. As of the start of December, the world is averaging about 500,000 new reported cases a day with the U.S. registering about one-third of those new cases.

The swift uptick has prompted local and national governments to take steps to stem the tide of new cases in preparation for what many fear may be a long, dark winter for the world. And while these lockdowns are difficult and unpopular, they have shown a clear benefit in reducing the spread of the virus, with London experiencing a 30% drop in transmission following the city’s most recent lockdown

We’ve previously explored how businesses have navigated these restrictions, either by shifting business online to leveraging their real estate to make the most of the restrictions placed upon them to, most critically, prioritizing the health and safety of their employees and the communities they serve.

Of course, even the best laid plans have their limitations, which is why small business owners and economists are still holding out hope for another round of stimulus targeted at helping those most affected by the ongoing global pandemic.

That stimulus question gets to the heart of the sense of the unknown facing small business owners and American consumers at large. Economists have been unanimous in their call for as much direct stimulus as the government can manage, but the U.S. Congress has remained at an impasse, with Republicans attempting for a more modest relief package compared to the sweeping employment and housing protection measures proposed by Democrats.

That’s where the issue stood through the autumn, past the presidential election and through the Thanksgiving break, which concluded at the end of November. With Congress back in session and the distraction of a major national election (mostly) behind them, new proposals are taking shape, albeit slowly.

Currently, both parties have agreed on a rough $1.4 trillion price tag for whatever the stimulus might look like. And, just this week, a bipartisan group of Congresspeople have put forward a $908 billion package that has a strong promise of garnering enough support to carry through both houses.

Senate Majority Leader Mitch McConnell has signaled hope that a stimulus package would be approved by the end of the year, though with less than 3 weeks until Congress is again in recess, that promise may be hard to keep, particularly given the Senate’s track record of rejecting prior proposals sent to them from the Democrat-controlled House of representatives.

Given the tight deadline and urgent need for some form of support, Congress holds a great deal of responsibility for what the next few months may hold. And while small business owners may hold out hope for quick relief, they should nonetheless prepare for whatever the rest of 2020 and the new year may hold.