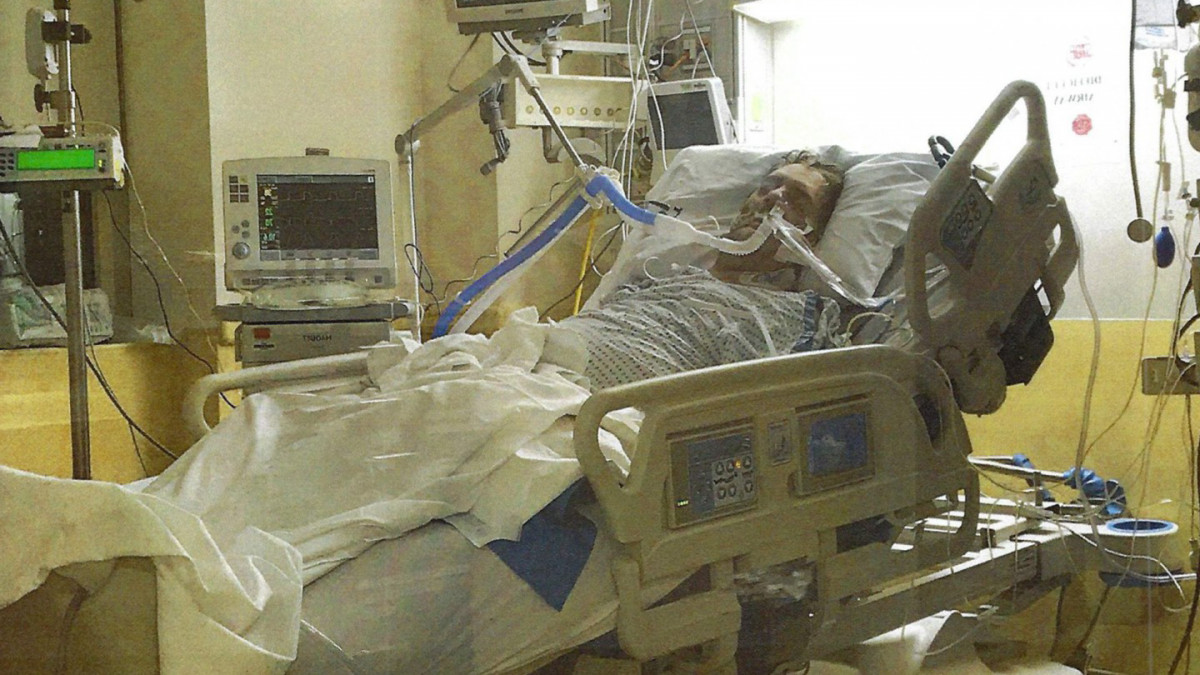 According to reports, the 60-year-old dad-of-five from New York was reportedly put on a ventilator in a medically induced coma after getting Coronavirus on Jan. 8. Now, his family wants a judge to force the hospital to give the man Ivermectin, which is only approved to treat certain parasites in animals and humans and only at very specific dosages for humans. Data shows it’s not effective against COVID-19.

His 48-year-old wife, Erika Quintero-Sherry, reportedly filed suit against Mount Sinai West claiming that despite her 60-year-old husband Benjamin Chernyavsky’s doctor recommending the drug, other doctors in the intensive care unit of the 10th Avenue hospital have refused. Erika reportedly filed the suit on Wednesday, according to reports.

Erika said her husband reportedly contracted the virus on Jan. 8 and is now on a ventilator in a medically induced coma. Unfortunately, the suit claims Benjamin has less than a 20 percent chance of surviving.

“Once my husband went onto the ventilator, I felt like, what do we do now? Are we going to try something else or are we continuing with the same protocol that isn’t working and just keep him on oxygen? Every day I go to the hospital and it’s just nerve wracking.”

“It’s a nightmare to see … your son laying there and nothing is being done for him. He is having excellent care from the hospital for the rest of his body but not for COVID — which is going to kill him. And he’s been on the ventilator for 11 days now, and how much longer can he live on the ventilator? To see him suffering and we can’t do anything — it’s absurd.”

Benjamin’s daughter said the family is wiling to try Ivermectin because the most important thing for them is to do anything to save his life.

According to reports, Benjamin’s treatment under the hospital’s health care protocol has included steroids, antibiotics, high-flow oxygen and BiPAP.

According to the FDA, Ivermectin is only approved to treat certain parasites in animals and humans and only at very specific dosages for humans. Data shows it’s not effective against COVID-19, according to reports.

Erika reportedly said that the family has nothing to lose by treating her husband with the drug.

“I cannot give up on him, even if the defendants have. There is no reason why the defendants cannot approve or authorize other forms of treatment so long as the benefits outweigh the risks. Mr. Chernyavsky is on death’s doorstep; there is no further COVID-19 treatment protocol for defendants to administer to Mr. Chernyavsky; his family does not want to see him die, and they are doing everything they can to give him a chance,” the court documents claims.

“It’s unfortunate that in our country families have to resort to litigation to get the treatment that could potentially save their loved one’s life.”

Gov. Lee announced all Tennessee adults will be eligible for COVID-19 vaccination no later than April 5