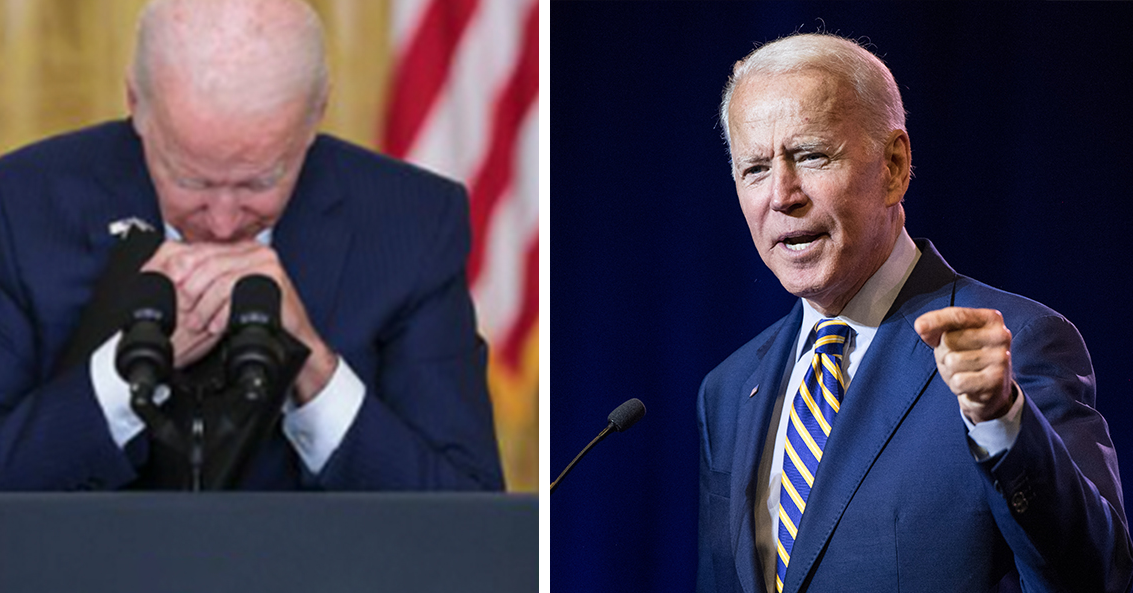 Yesterday, the situation in Afghanistan dramatically escalate when ISIS suicide bombers detonated explosives at the Kabul airport. Latest reports say as many as 13 U.S. service members were killed in the blasts, as well as at least 90 Afghans. Renowned terror group ISIS have claimed responsibility for the bombings, but it is how they may impact the ongoing U.S. evacuation that has drawn the eyes of the world – not least with respects to the way in which President Joe Biden may or may not retaliate. Though the Taliban themselves might not be directly involved in the attack at the airport – the group yesterday were said to have condemned them – it is their checkpoints that American and Afghan allies have to pass through in order to get on flights leaving the country.

Hindered by large crowds, the evacuation process has been greatly slowed, and in certain cases, the State Department has even warned people that their safety cannot be assured as they try to reach the airport.

Defense officials with the U.S. Military, meanwhile, have said that they are not sending U.S. troops beyond the border of the Kabul airport, and so are relying on promises made by the Taliban themselves to allow U.S. passport holders through their checkpoints.

Put simply, the Taliban are in charge outside of the airport boundaries, and so the U.S. evacuation, at least to some degree, is at the mercy of their whims and wishes.

That was one of the topics raised in Biden’s press conference yesterday after the suicide bombings that killed no less than 13 U.S. service members.

At the White House conference, a reporter asked Biden:

“There’s been some criticism, even from people in your party, about the dependence on the Taliban to secure the perimeter of the airport. Do you feel like there was a mistake made in that regard?”

Biden responded: “No, I don’t.

President Biden also moved to affirm that it is in the best interests of the Taliban that U.S. forces and personnel are able to stick to the August 31 withdrawal deadline.

“The major things we’ve asked [the Taliban] — moving back the perimeter, giving more space between the wall, stopping vehicles from coming through, et cetera, searching people coming through — it is not what you’d call a tightly commanded, regimented operation like the U.S. is, the military is,” Biden said.

“But they’re acting in their interests.”

Needless to say, the U.S. government’s handling of the Afghanistan withdrawal has come under scrutiny after the shocking events of yesterday.

There are those who blame Biden’s approach.

Perhaps predictably, one of the current President’s most outspoken detractors is Donald Trump, who himself initiated the operation for the total withdrawal of U.S. forces from Afghanistan when he was in office.

On Tuesday, Trump accused Biden of surrendering Afghanistan to terrorists, claiming that of the 26,000 people evacuated from the country, only 4,000 were Americans.

“What a terrible failure. NO VETTING. How many terrorists will Joe Biden bring to America? We don’t know!” Trump said.

Meanwhile, the former POTUS speculated to supporters gathered at a rally near Cullman, Alabama, that Biden’s handling of the withdrawal might be the biggest mistake made by any nation’s leader, ever.

“Biden’s botched exit from Afghanistan is the most astonishing display of gross incompetence by a nation’s leader, perhaps at any time,” Trump said.

“This is not a withdrawal. This was a total a surrender.”

Trump went on to say that if he were still in the White House, things would have gone down differently.

For his part, Biden remains resolute that the U.S. will stick to their withdrawal by the current August 31 deadline.

“The sooner we finish the better,” Biden said. “Each day of operations brings added risk to our troops.”

Yesterday, he also made an impassioned threat to those responsible for the airport bombings, promising:

“We will not forgive. We will not forget. We will hunt you down and make you pay.” Indeed, if nothing else, yesterday’s attacks highlighted the extreme risks our service men and women are yet under while they work to aid the evacuation from Afghanistan. The Pentagon has said it is confident all remaining Americans in the country can be evacuated by next week, though the future of thousands of Afghans who assisted the war effort and are still awaiting their turn to leave is far less certain. According to reports, U.S. officials initially said 11 Marines and one Navy medic were among those who died as a result of the suicide bombings. A further service member died hours later.

Mother killed her 14-year-old child with special needs by slamming the hospital table into her abdomen, "She became angry because her daughter cussed at her over color crayons"