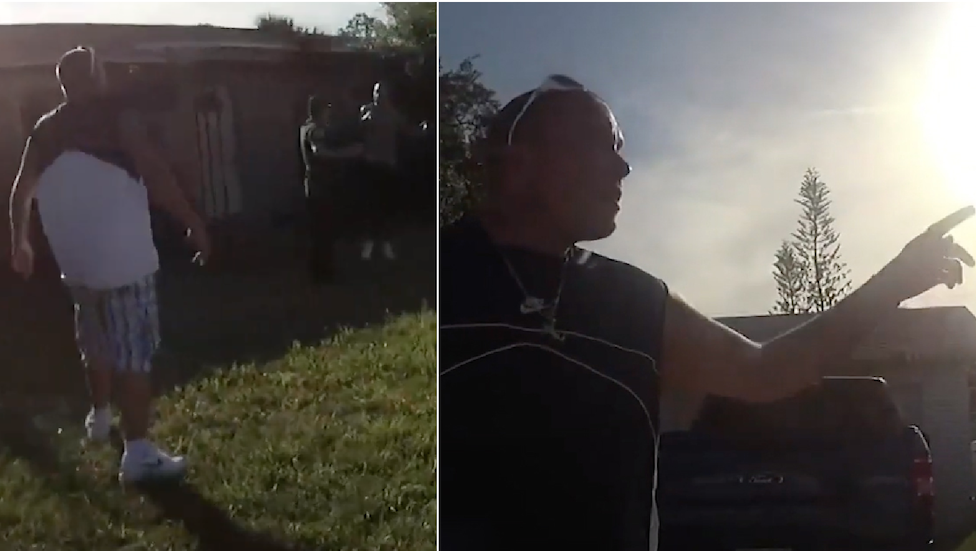 Black family says their neighbor repeatedly used the N-word while kicking on their door and threatening to burn down their home. The victim said his neighbor appeared at his front door while he slept and as his terrified children were inside, recording with a cell phone. The neighbor then kicked at the door and repeatedly used the N-word and other racial slurs against the family. Authorities said the attack appears to be racially motivated. “When it turns into racial incidents like that and comments and threats, then it’s at a higher level where we won’t tolerate anything like that,” authorities said.

This incident occurred on Tuesday. The 34-year-old man, later identified as Gary Dragon, was taken into custody and charged with attempted burglary with assault and battery and committing the felony with prejudice and then resisting arrest, per reports.

On May 31, officers responded to the victim’s family home. The victim, who was not identified, claims he and his family, who are African-American, have been repeatedly harassed by their neighbor.  The victim also told investigators that his neighbor appeared at his front door while he slept and as his terrified children were inside, recording with a cell phone. Dragon reportedly kicked at the door and repeatedly used the n-word and other racial slurs against the family and threatening to burn their house down.

“This is like the tenth time we’ve called the police on him. He threatened to kill me and my daughter,” the neighbor told the responding officers, according to WESH. One of the victim’s children recorded the man yelling racial slurs and saying he wanted to fight. The neighbor told the officers the man not only threatened him but even said he would hurt his daughter.

The responding officers made contact with the suspect, who reportedly told them that his neighbor posted something about him on social media which made him angry. He later told investigators that he was upset over a photo posted on social media by the victim that had a comment about him being a “child predator.” Authorities were unable to verify the social media post and warned him not to come on the property.

The police body-cam video reportedly shows the suspect trying to run away when the officers attempted to cuff him. Authorities say the man was upset that he was being arrested.  He also kicked the inside of the patrol car doors.

One of the responding officers reportedly said: