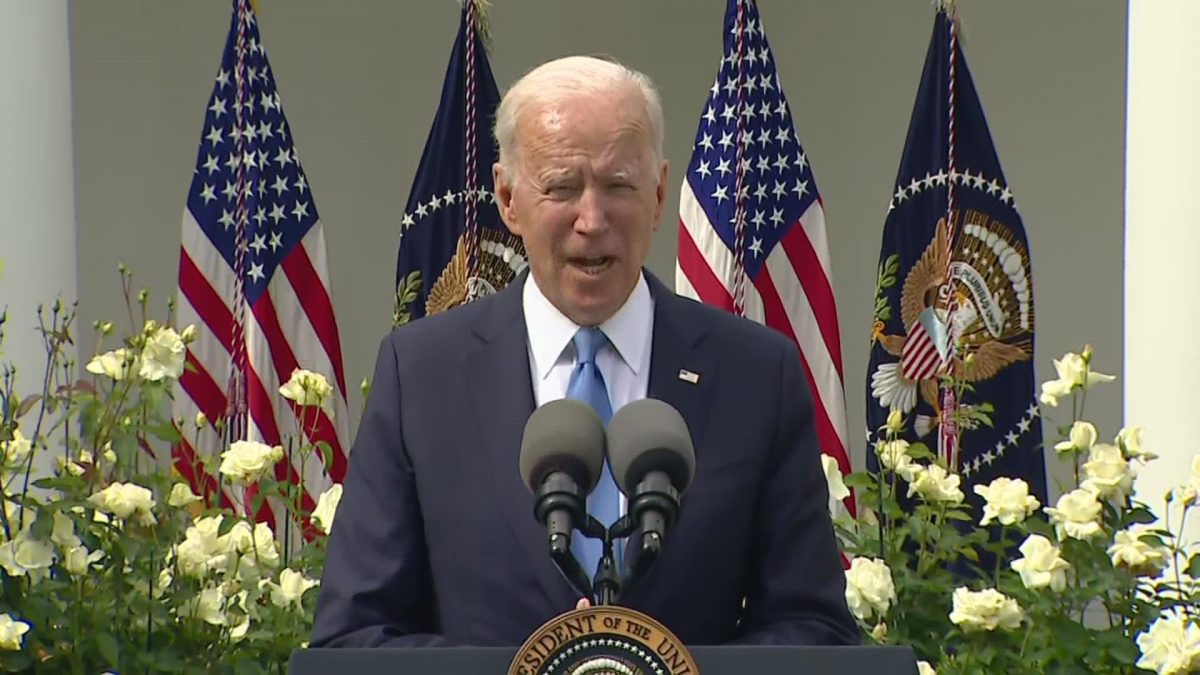 With his push to vaccinate 70 percent of the nation by July 4th stalling out, Joe Biden has resorted to shaming those who remain hesitant to get in line and roll up their sleeves. On Thursday, the nation’s 46th president issued a new edict when he announced that those who have already taken “the jab” can now shed their stifling, humiliating masks. However, those who have not been obedient must continue to wear them.

According to Biden, “The rule is now simple: get vaccinated or wear a mask until you do.”

“The choice is yours,” he added in a tweet from his official @POTUS Twitter account that boasts a whopping 10.9M Followers. Far short of the over 80 million votes that he tallied in November.

Much like his decrees that have been issued in the form of executive orders, Biden’s new “rule” stomps on the traditional democratic process. It is of questionable constitutionality in a republic where the real rule is the rule of law, not an individual who has so far acted like a dictator.

The White House also issued its own formal announcement citing the CDC’s latest guidelines and declaring that those who are “fully vaccinated” no longer have to wear masks. This comes as another bizarre shift in positions from a politicized agency who have struggled to put out a consistent message.

Biden spoke to the press about his generous easing of mask restrictions for those who have complied with his mass vaccination push calling it a “great day.”

Biden continued, “But if you have not been vaccinated or if you’re getting a two shot vaccine and you’ve only had your first shot, but not your second, or you haven’t waited the full two weeks after the second shot, you still need to wear a mask.”

He added, “Look, we’ve gotten this far, please protect yourself until we get to the finish line because as great as this announcement is today, we don’t want to let up after a year of hard work and so much sacrifice.”

“The rule is very simple, get vaccinated or wear a mask until you do.”

Biden’s new “rule” comes with questions on how it is going to be enforceable short of the national requirement of vaccine passports. The controversial digital system has been likened by some to totalitarian China’s notorious social credit scoring system.

The passports have been already banned in several states as backlash mounts against the “public-private partnership” power grab under the pretense of COVID, with resistance continuing to grow.

It’s hard to see retail and grocery stores asking for “papers please” to verify who is vaccinated and who is not. This means the enforcement will likely fall to the armies of cellphone wielding “Karens” that Biden has just empowered.

Biden had to do something after drawing criticism that his own wearing of the menacing black face mask (that is preferred by Democrats) was discouraging people from being vaccinated because they would be unable to return to their “normal” lives.

Democrats have used COVID to advance a radical political agenda with a ruthlessness unseen in the nation’s history. However, it is starting to boomerang on them as seen by last week’s horrendous job numbers. The dismal digits are a direct result of policies that encourage laziness, but have been nothing short of devastating to businesses.

The masks are another problem, and while Biden’s ridiculous “rule” is a bit of a climbdown Dems aren’t going to give up the ghost just yet. On account of how potent of a political symbol of compliance the face coverings have become to them.