Home > Trending > “I’m very lucky that I did my test when I did my test”, Woman says she insisted on more tests when her at-home cancer test came back positive even after her primary care doctor texted her that she doesn’t have the disease
Trending 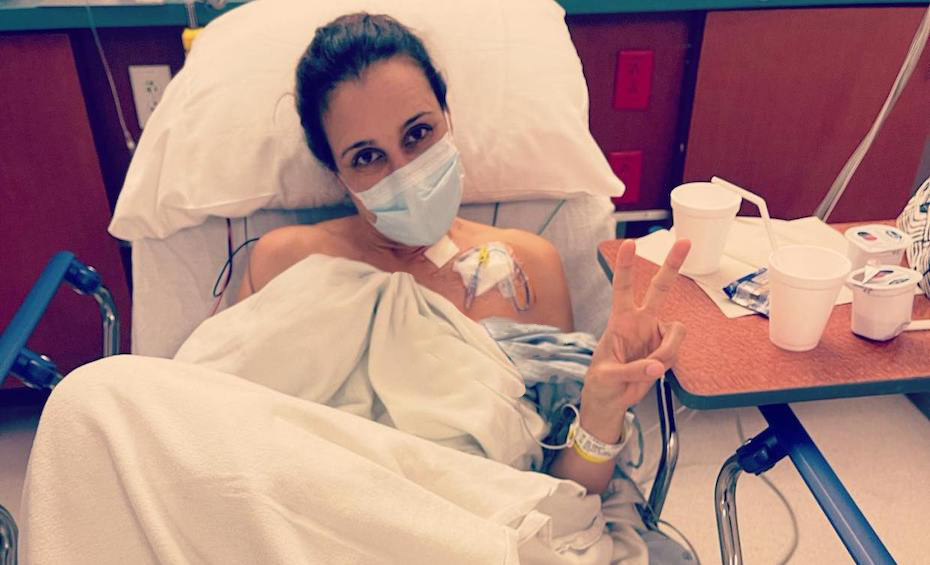 The 48-year-old ‘super healthy’ publisher, who exercises regularly, avoids sugar and doesn’t drink alcohol, says that she was told by her primary care doctor that she was in the clear, even after the symptoms gave her cause to worry. The woman ordered an at-home screening test and the results came back positive. This time, her primary care doctor was the one who wasn’t concerned. “I’m very lucky that I did my test when I did my test. This thing really takes people down right in their prime.” the woman said.

The 48-year-old woman from Hawaii, Christine Bronstein, said that she noticed a little blood in her stool last fall. Christine, who describes herself as a super healthy person, didn’t think much of it. She knew something was off but she had blamed blood in her stools on hem0rrhoids.

Luckily, the woman ordered an at-home colon cancer screening test just to be safe and took it in January.

Bronstein told TODAY that the results came back positive and she texted her primary care doctor. But, according to the 48-year-old woman, her doctor reportedly replied: “You don’t have cancer,” adding a smiley face.

Unfortunately, her doctor was wrong.

Still concerned, she insisted on a colonoscopy. A colonoscopy reportedly revealed that Bronstein had an almost 2-inch tumor in her recttum and 2 polyps that could have turned into cancer. She was diagnosed with stage 3 colorectal cancer.

During an interview with TODAY, the 48-year-old publisher who is now undergoing chemotherapy, said: “I’m very lucky that I did my test when I did my test. This thing really takes people down right in their prime. … I think the problem why this is becoming the No. 1 killer for younger people is because their symptoms get denied. Doctors just do not know, so they’re not catching it until it’s already metastasized.”

The woman also said that she didn’t blame her primary care doctor for that smiley face text dismissing her cancer concerns. Bronstein believes the doctor meant well and probably didn’t know this cancer is rising so fast in younger adults.

According to her husband, Phil Bronstein, Christine chose MD Anderson in Texas, for her treatment, noting she was grateful to have good health insurance that allowed her that option.

The couple said that the plan is to shrink the tumor with chemotherapy and then have it surgically removed in June if everything works out well.

The 48-year-old woman also hopes the official guidelines will be adjusted to encourage people to start screening for colorectal cancer at an even younger age.

Christine Bronstein reportedly told TODAY: “Once you have it, it deeply affects your life so I’m really about early prevention earlier than 45. If you have symptoms, run to your doctor.”