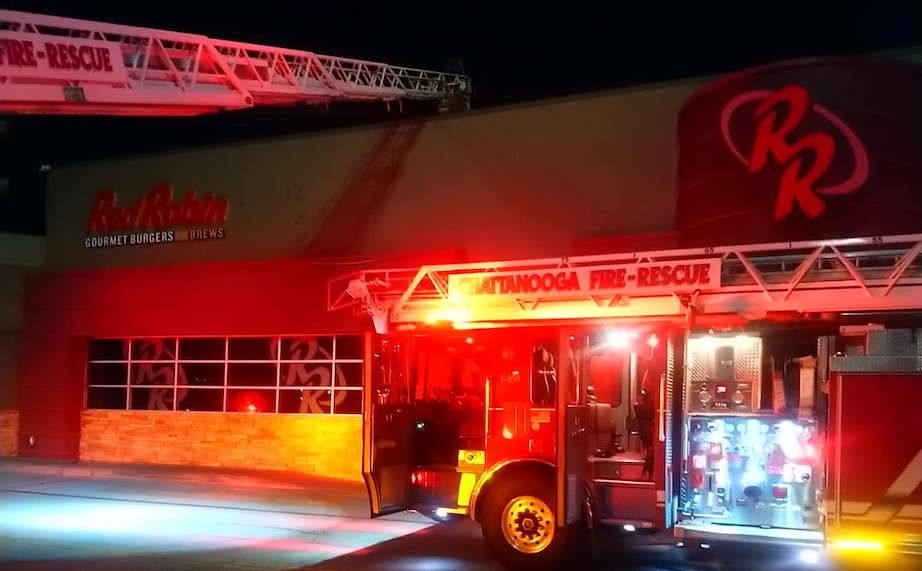 It happened at the Red Robin Restaurant located at 2100 Hamilton Place Boulevard.

Chattanooga Fire Department crews responded to a report of a commercial fire.

The responding crews found a light haze inside Red Robin.

The firefighters forced entry into Red Robin and encountered a fire on the grill.

Once the grill fire was extinguished, firefighters located additional extension of the fire in the interior wall and exhaust vent leading to the roof, which they also quickly extinguished.

Significant smoke, water, and fire damage was sustained to the kitchen area of Red Robin.

The cause of the fire remains under investigation, officials said.

"It’s miraculous except it’s actually real medicine and real science", COVID-ill mother, who doesn’t remember giving birth after a long battle with the virus that nearly took her life, is reunited with her baby