Home > Trending > “It’s miraculous except it’s actually real medicine and real science”, COVID-ill mother, who doesn’t remember giving birth after a long battle with the virus that nearly took her life, is reunited with her baby
Trending 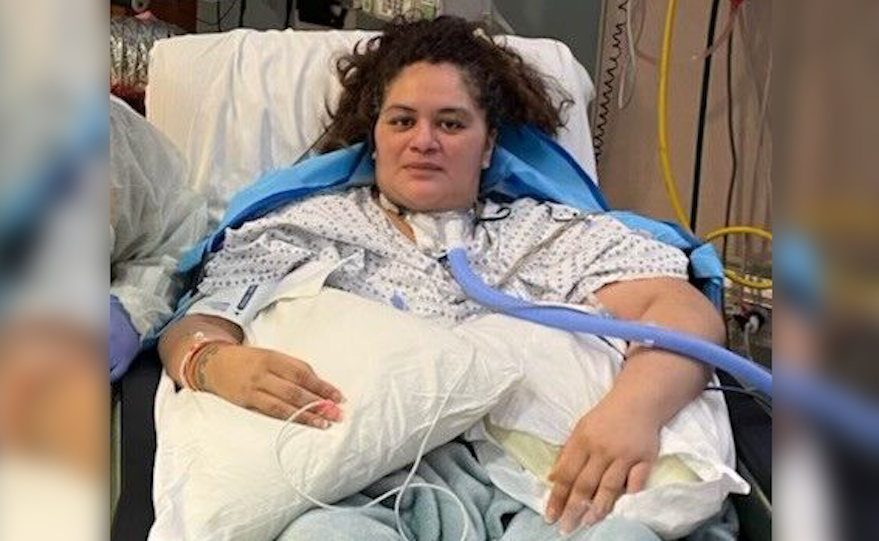 The lucky mother of two is finally reunited with her baby daughter and her family after a long battle with COVID-19 that nearly took her life. The woman, who was not vaccinated against COVID-19 when she got sick, reportedly spent more than 40 days on a ventilator and was put in a medically induced coma. After months in the hospital and the inpatient rehabilitation facility, doctors gave the mom the green light to go home to her kids.

The mother from Virginia, Alma Zepeda, reprotedly gave birth to her daughter, Olivia on Dec. 17, 2021. The mom also said she doesn’t remember giving birth back in December. Battling COVID-19, she was readmitted to the hospital days later and soon was intubated and in a coma.

During an interview with 7News, the mother reportedly said: “I was just waiting for the morning to come, I couldn’t sleep last night. Just coming home and being with the family. I was in the shower and I lost my breath very badly, I couldn’t recuperate from losing my breath.

And my husband took me to the hospital and they told me I had COVID in my lungs. I had to be intubated and from there, that’s the last I remember.”

Danny  Warren told 7News: “Just a lot of praying. It was a bad situation. I don’t wish this on anybody. With a newborn at home and worrying about her, and my son will be three on Sunday, it was just really hard.”

According to reports, the woman reportedly spent more than 40 days on a ventilator and was put in a medically induced coma. Last week, doctors finally gave her the green light to go home to her children.

Direct Biologics Chief Medical Officer Dr. Vikram Sengupta, reportedly told FOX5: “It’s miraculous except it’s actually real medicine and real science. This is very emotional for me. It speaks to everything that I stand for as a doctor.”

Right now, the lucky mom is mainly focused on spending time with her family and continuing her recovery at home.

Alma Zepeda told 7News. “I’ll be having therapy, occupational and physical therapy. I’m going to have to build up my endurance again to get back to normal.”

According to reports, the mother was not vaccinated against COVID-19 when she got sick. She said that was due to her being pregnant, and say she wanted to wait until after the baby was born to get her shot.

The mother of two told FOX17 that she also want to thank all of the doctors and medical professionals who played a part in his wife’s recovery, along with friends, neighbors, and coworkers who showed their family support along the way.