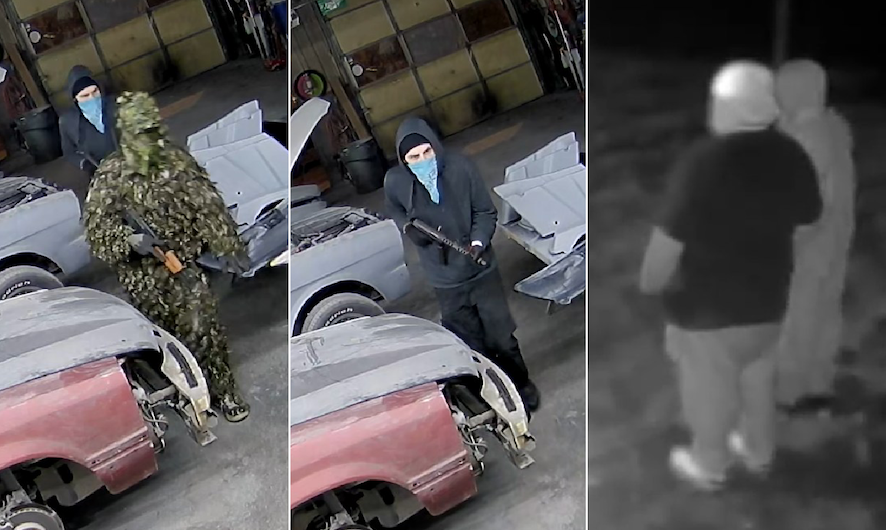 Robertson County, TN – According to the Robertson County Sheriff’s Office, the burglaries occurred in the Coopertown, Greenbrier, and Joelton areas during the night time or early morning hours.

Deputies believe these burglaries are in connection to the same group that has committed similar crimes in multiple Middle Tennessee area counties.

RCSO officials said that there are four suspects involved in the burglaries.

They are believed to be white males, all wearing either dark clothing or camouflage and masks.

The vehicle used appears to be a mid-sized silver or gold SUV.

The businesses and buildings were all unoccupied during the burglaries; however, the suspects are armed with a variety of firearms and should be considered dangerous.

If anyone knows the identities of these individuals or has any information, please call the Robertson County Sheriff’s Office tip line at 615-382-6600.

The Robertson County Sheriff’s Office is offering a reward for anyone that provides information leading to an arrest.