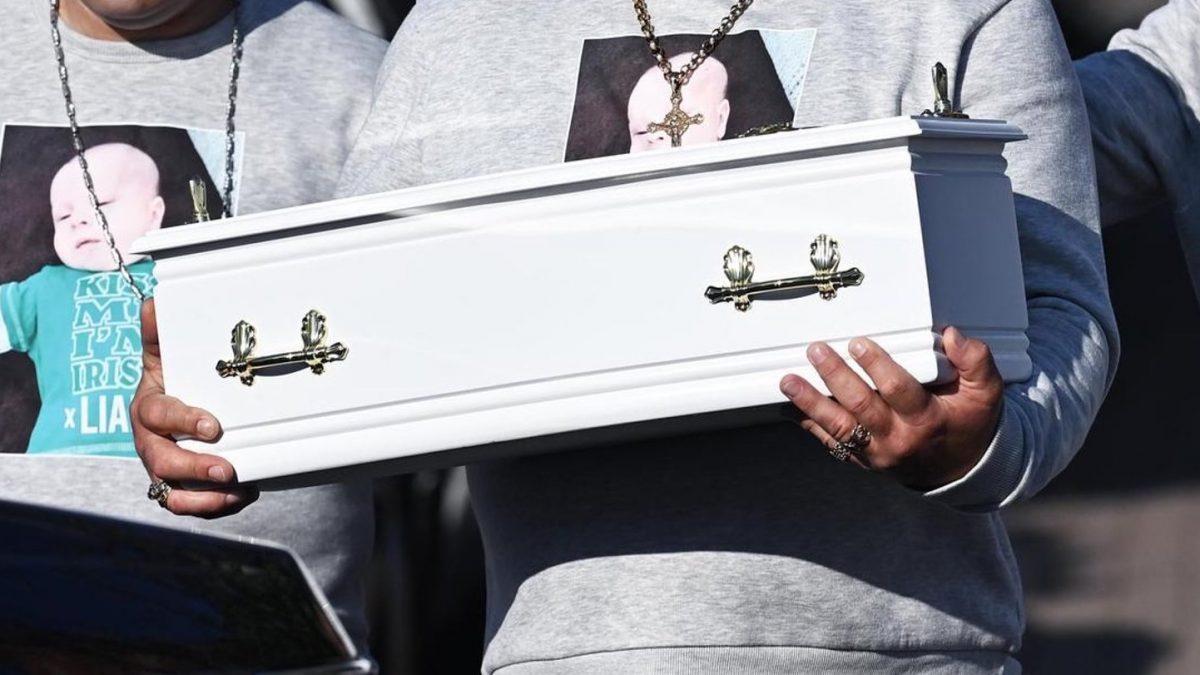 After picturing themselves celebrating a baby’s christening, a mourning family had to come together for the child’s funeral instead. As the family grieves the death of the two-month-old child, the thought of how the little one was killed only makes their heartache all the more unbearable. The baby, Liam, was found dead in their home.

His father, who is also named Liam, was in England at the time and rushed to Belfast the moment he heard the shocking news. The father discovered that it was the mother of his baby boy, Raluca Ioana Tagani, 29, who allegedly stabbed the infant until he lost his life. Another two-year-old girl was also left in critical condition after Raluca’s attack but is now recovering.

Sadly, baby Liam lost his life, despite the medics trying their best to save the child.

Police had “discovered the injured baby and another injured child in the house,” said Detective Chief Inspector Millar. “Despite the efforts of the emergency services the baby was sadly pronounced dead at the scene. The other young child was taken to hospital and remains in intensive care. A 29-year-old woman who was also in the house has been arrested on suspicion of murder and attempted murder and remains in custody at this time.”

When the father’s 22-year-old daughter spoke about hearing the news, she said: “When it happened, my dad was standing in my sister’s kitchen. She was in the bath and she heard a scream, which was my dad. My sister rang the emergency services in Northern Ireland and they sent a rapid response out.”

The entire family is left heartbroken over the death, and baby Liam’s half-sister said, “They were meant to be having the baby’s Christening soon – and now it’s going to be a funeral. He was only eight weeks old so I didn’t get to meet him. My dad is in absolute bits. Liam was a beautiful baby – I just can’t get my head around it. We are all devastated.”

At a vigil that was held after baby Liam’s death, his father said: “To all the neighbors and the full community for all their help and support, I really appreciate it all. Holding this vigil means the world to me. I am truly heartbroken but it gives me the strength to know you are all giving so much love and support. Thank you from the bottom of my heart.”

On August 4, loved ones and members of the community gathered for baby Liam’s funeral. The child’s father was seen in tears as he held the little one’s casket in his arms.

It was also reported that the baby’s mother, Raluca, had appeared in front of deputy district judge Liam McStay and confirmed that she understood the charges against her. She is due to appear in court next on August 27.