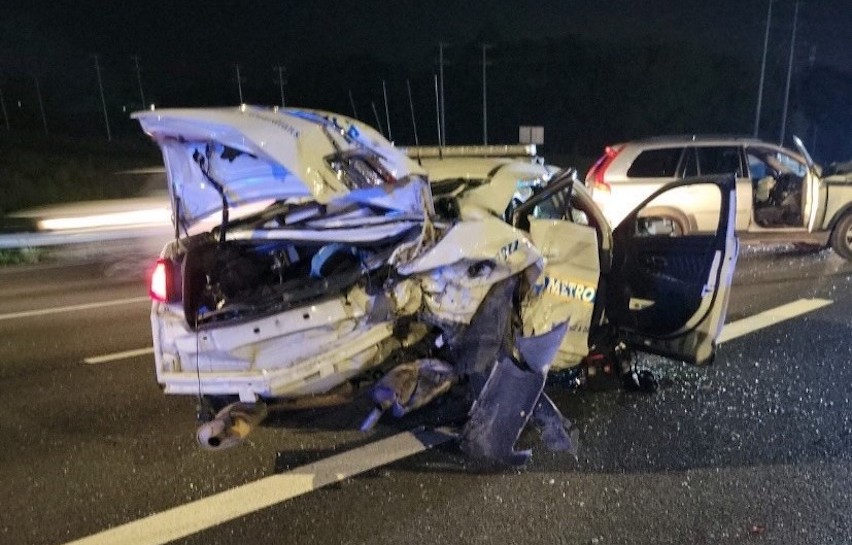 It happened on I-24 East near Hickory Hollow Parkway.

MNPD officials said the officer sustained head and neck injuries during the collision.

He was assisting with a crash when he was struck from behind by a silver Volvo SUV while inside his marked patrol car.

The South Precinct Officer Kristopher Sharpe was transported to the hospital with non-life threatening injuries.

Following the crash, officers observed all of the occupants exit the Volvo and flee on foot into a wooded area.