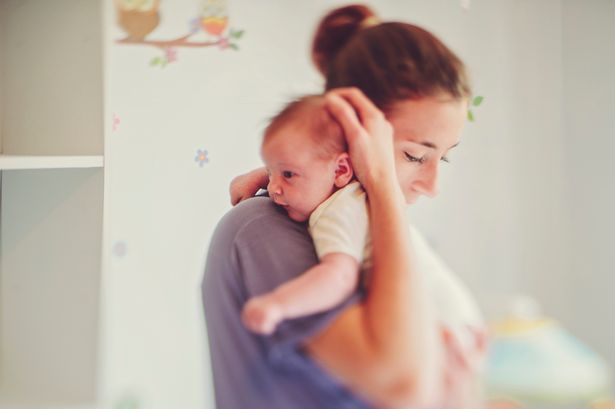 CHATTANOOGA, Teen – A new mum says the baby name she chose for her daughter has been branded “hurtful” and “offensive” by her mother-in-law – who is now refusing to have anything to do with the family.

The 28-year-old says she gave birth to her first child in September and things are going well with their little girl except for a conflict with her husband’s mum which is “really draining the joy away from this special bonding time with my child”.

When she and her partner announced their daughter’s name during the pregnancy, her mother-in-law told them she felt “betrayed” by the middle name they picked.

The mum explained she gave her child the middle name Anne, in tribute to her own grandmother, but when her mother-in-law found out about the decision she “got immediately upset” – and not because she wanted the child to be named after her instead.

Her mum-in-law said that Anne had been the name of someone in her past who she felt “deeply hurt and betrayed by”, warning the parents she would be upset if they went through with the plan to include it in their daughter’s name.

The new mum said: “At the time I was very pregnant and p***ed off and sassy, and I pretty much told her she’d have to get over it, and be excited for new context to be added to the name. And that was that… until my daughter was born.

“Now she will not talk to us. She has blocked my number. When I try to text her baby pictures, they are never ‘delivered’.

“She has been talking to people close to us about how hurt she is. She thinks I chose the name on purpose as some kind of a power move, or slight to her, which is just not true.

“All I wanted was to include my grandmother’s name in my daughter’s name because that’s always been important to me.”

Questioning if she had been wrong to include Anne in her daughter’s name, others on Reddit were in unanimous agreement that her mother-in-law was the one acting unreasonably.

One person said: “It’s a middle name, for heaven’s sake. Your MIL has the association, not you or your husband (I assume). If she’s willing to throw away a relationship with her grandchild and her son because of a name association, she’s got some seriously disordered thinking.”

A second advised: “Enjoy your daughter and focus on her tantrums, not your mother-in-law’s.”

And another simply added: “She can grow up and learn to deal with it.”

Worldwide Fast Is Sunday In Response To COVID-19

Music, theater, other events around Chattanooga this weekend

3 Plus Your Health- Snap Fitness