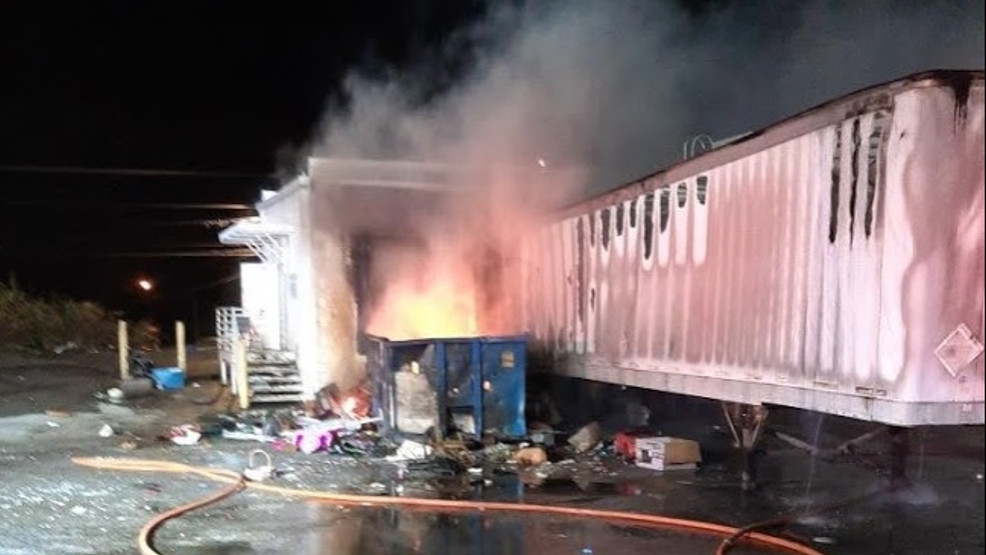 CHATTANOOGA, Tenn. — The Chattanooga Fire Department (CFD) says a Goodwill location is starting off the week dealing with some damage from a dumpster fire.

The fire broke out a little after 5 a.m. Monday at the Goodwill Store on Highway 58.

CFD says several witnesses called the fire in and said the “fire was going strong in the dumpster” behind the building.

The flames also caught a trailer next to the building on fire and burned a cargo bay door.

Quint 6 pulled up and found a large construction dumpster and tractor trailer on fire.

Firefighting operations were launched as other companies arrived on the scene. A water supply was quickly established and firefighters set up on each side to get the fire out.

CFD says thankfully, only smoke was found in the interior of the Goodwill building and it was ventilated.

No one was hurt.

Right now investigators are working to learn the fire’s cause.