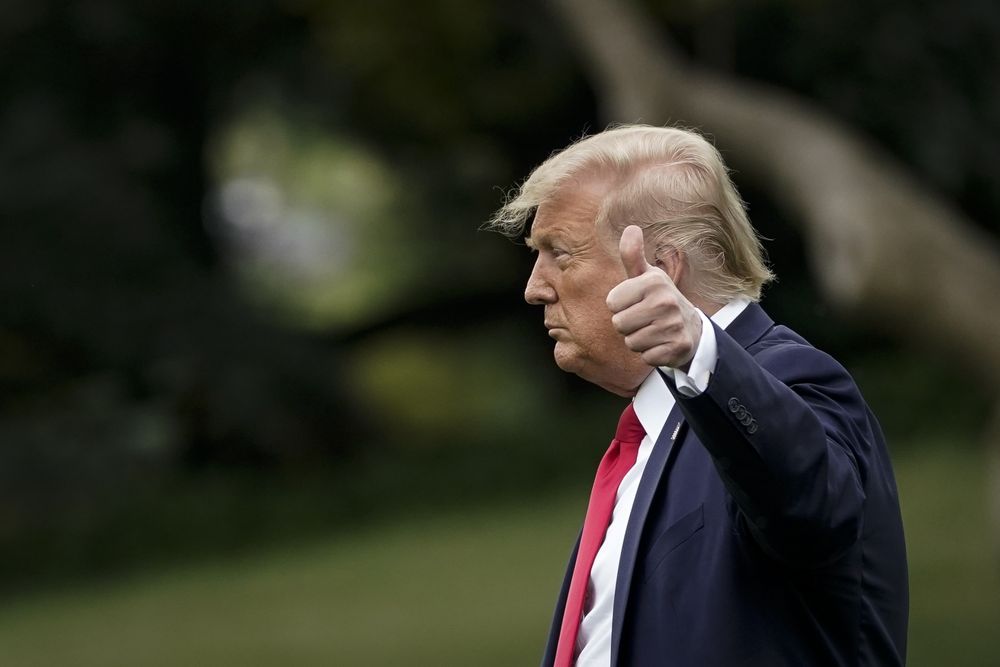 Two weeks before election day, the president issued an executive order creating a new class of federal employee, Schedule F, for “positions of a confidential, policy-determining, policy-making, or policy-advocating character not normally subject to change as a result of a Presidential transition.” He then ordered agencies across the government to determine by Jan. 19 (yes, Inauguration Day eve) which positions should fall under the new category.

Critics say tens of thousands of government employees could be affected. At the same time, the administration has been moving political appointees into jobs with stronger protections, “burrowing” in Washington parlance, that could keep them in place long after Trump exits the White House.

It can be hard sometimes to see how the wheels turn inside the White House, but the timing laid out in Trump’s order suggests he was preparing the ground for a wide restructuring of the federal civil service during a second term. Thankfully, he will not have that term, at least not now. And because this bit of connivance was done by presidential order, President-elect Biden can undo it.

But damage can still be done. Political appointees in at least two key agencies — the Office of Management and Budget and the Office of Personnel Management — are racing to meet the president’s deadline, setting the stage for potential mass firings of government officials in the waning days of the Trump era.

The budget office, which plays a vital role in assessing agency budgets and reviewing proposed regulations, reportedly plans to reassign 88% of its work force (about 425 positions) to the new Schedule F, which would expose every one of those employees to summary dismissal. The personnel office similarly is seeking to reclassify a large portions of its 3,500 employees.

Why should you care? A government that demands political loyalty to a president from its key bureaucrats is not a government by, for and of the people. It is a fiefdom.

Trump has long pushed the conspiracy theory that “deep state” figures seek to thwart his presidency. His administration has gone to extreme measures to pound away at the bureaucratic infrastructure. It moved most of the D.C.-based Bureau of Land Management jobs to regional offices and a new center in Grand Junction, Colo., leading about half of the affected workers to quit, robbing the agency of vital institutional memory and contacts with Congress. A similar relocation of Agriculture Department research offices to Kansas led three of four affected workers to quit.

Trump’s mercurial personality has led to an endless string of U-turns in his support for, then denouncing of, government officials who have opted for truth over obeisance. (Were it not for job protections, one imagines that Trump would have fired Dr. Anthony S. Fauci weeks ago from his position running the National Institute of Allergy and Infectious Diseases.)

A stable democracy needs stable institutions (not to mention a stable president), and that includes a professional class of government officials who understand how the process works, the history of the mission, and how to make an enterprise so large and unwieldy actually do what it is supposed to. And, most importantly, to approach their work with the nation’s best interests in mind by relying on objective truth in forming, assessing or advising on policies.

No one can argue with success that the federal bureaucracy can’t be improved, and there are good arguments to be made for reassessing the current civil service system to make it less complex and more responsive, including making it simpler to dismiss poorly performing employees. But that’s not what Trump is doing, or even advocating.

Members of Congress have moved to try to block the president’s efforts, and the National Treasury Employees Union has challenged the order in court as an attempt to undermine congressionally approved civil service protections. We wish them luck.

But we also encourage the incoming Biden administration to work with Congress on a fact-based analysis of the civil service system with an eye toward making it better — and to shoring up its resilience in the event of a future Trump (or Trump-like) administration.

Free webinar teaches “How to Start a Business”