Home > Tennessee > Tennessee Will Have LGBT Representatives For The First Time. Will They Stop Anti-LGBT Bills?
Tennessee 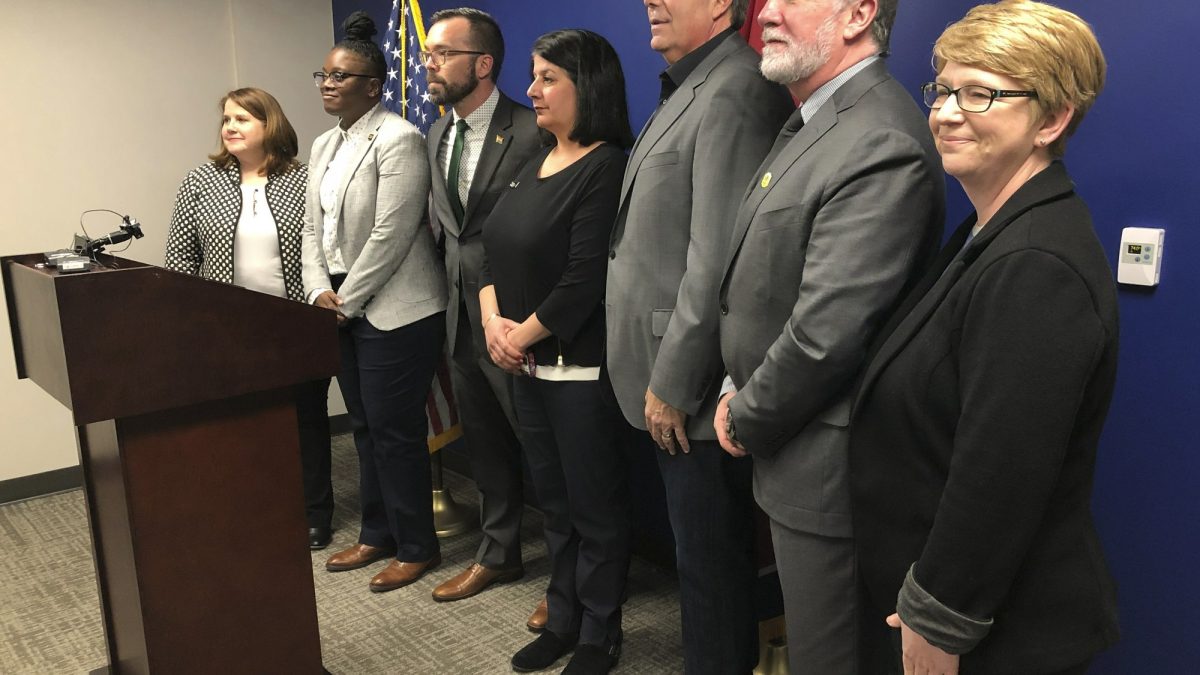 Tenn – For Memphis Democratic Rep. Torrey Harris, it was seeing someone like him that inspired him to get into politics. He was teenager in Arkansas, when something first clicked with him.

“When I was a little bit younger, I had a great fascination with Barack Obama,” Harris said.

Now 29, Harris, says there was also something else that motivated him to run for state representative — that is seeing state legislators who were not representing him or his ideals, or championing his rights.

Harris is a Black man who identifies as bisexual — a first in the state legislature. He said he knows he has the opportunity to not only represent the people in his district, but those in the LGBT community.

“I think that now we have an opportunity to be vocal to be a voice but also to be visually seen,” Harris said. “We have not had anyone in the legislature to basically be a representative for it.”

In recent years, Tennessee lawmakers have received a lot of national attention for legislation aimed at the LGBT community. Examples include attempts to overturn same-sex marriage, ban transgender athletes from participating in school sports and allow faith-based adoption agencies to refuse to work with LGBT parents.

Up until this November, Tennessee was one of five states that had never elected an openly LGBT person, and observers say that could be a reason why the state legislature has introduced and considered so many anti-LGBT measures.

But when the General Assembly convenes January, it will have for the first time not one, but two LGBT lawmakers. This could mean a slowdown — though not necessary the end— of these types of measures.

‘If you are not a gay man, you don’t understand the challenges’

Harris hopes his presence will derail those measures, but he will be doing it as part of the Democratic superminority. Someone who will potentially have a larger pull is Rep. Eddie Mannis.

The Knoxville Republican identifies as gay. He said he will represent his district, not necessarily his sexual orientation. But he will also bring a different perspective to his GOP caucus.

“If you are not a gay man, you don’t understand the challenges, and when legislation starts to be proposed, if I’m at the table I can say, ‘Well, wait a minute,’” Mannis said.

And he will be at the same table with the same legislators who, year after year, propose measures that would mostly impact LGBT people.

“And so those are the people that I want to sit with and say, ‘Let me share my perspective with you,’” Mannis said.

He acknowledges he might not sway a vote. But he says it’s a start.

Sean Meloy is the senior political director at the LGBTQ Victory Fund, a national group that has been training and campaigning for LGBT candidates. He said the biggest barrier for LGBT candidates is not necessarily being elected — but getting them to run in the first place.

Once they win, he says the conversation in statehouses shifts.

“They are able to help direct energy and say, ‘This isn’t going to do a lot, it’s not going to do what you think it’s going to, let’s focus on something else,” Meloy said.

But on the local level, activists are more cautious. Chris Sanders, the executive director of the Tennessee Equality Project, said he is excited but doesn’t feel as optimistic.

“I fully expect a full raft of anti-LGBT bills to come back in the new session, and I expect it to be difficult to stop them,” Sanders said.

He made clear that he believes Harris and Mannis’ votes will not be enough to defeat anti-LGBT legislation. But he said this could still be the beginning of a new era.

“I hope what it does is allow everyone in a particular district to see members of our community as eligible to run,” Sanders said.

And if that happens, and those members win, there might be enough votes to stop the anti-LGBT measures in the future.