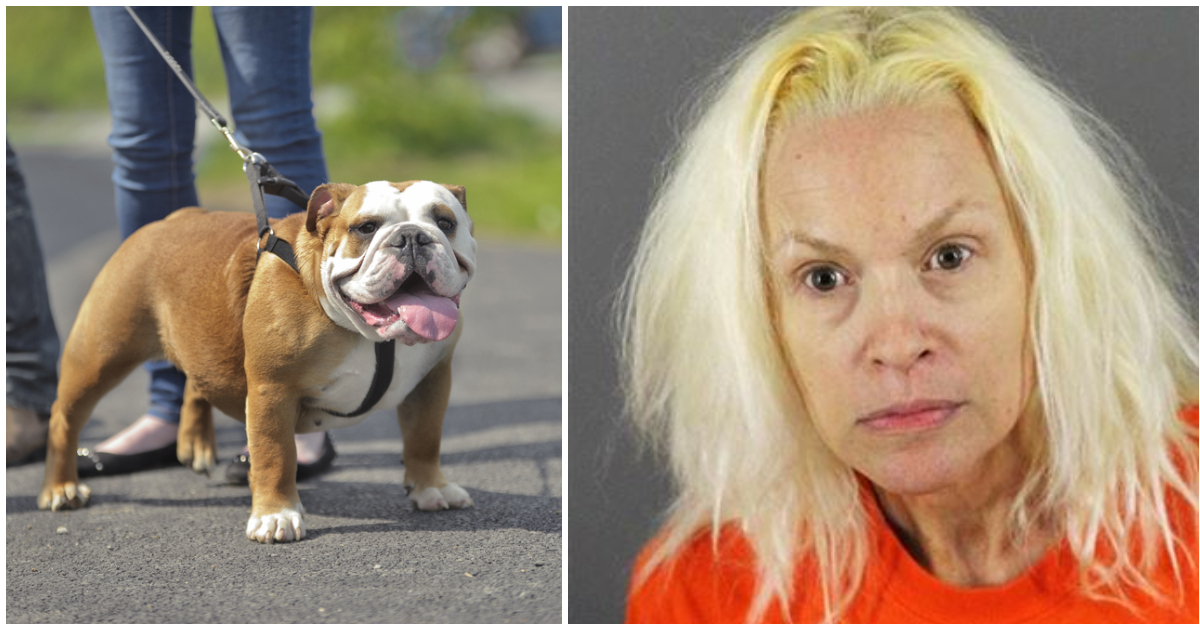 A 48-year-old woman from Wisconsin, took her parents’ dog, a 5-month-old English bulldog named Dolly, for a walk. But neighbors were shocked to see her forcefully dragging the dog, across the lawn and over pavement. They attempted to intervene, but the woman insisted she was doing nothing wrong.

“l would never do that to a dog, I’m a dog walker for God sake,” she reportedly told neighbors.

But footage told a different story. Video surveillance showed Schroederus dragging the puppy off a curb.

It was enough to severely hurt Dolly, who began bleeding from the mouth. She died from her injuries. She was charged with felony mistreatment of animals.

And last month, she pleaded no contest in exchange for other charges—including felony bail jumping and misdemeanor retail theft—being dropped.

On March 24, the Waukesha County Circuit Court sentenced her to a year in jail, along with two years of supervision and four years probation, during which she will not be allowed to care for animals.

"Hey everyone. I killed myself and my family": 2 brothers kill family-of-six in apparent murder-suicide