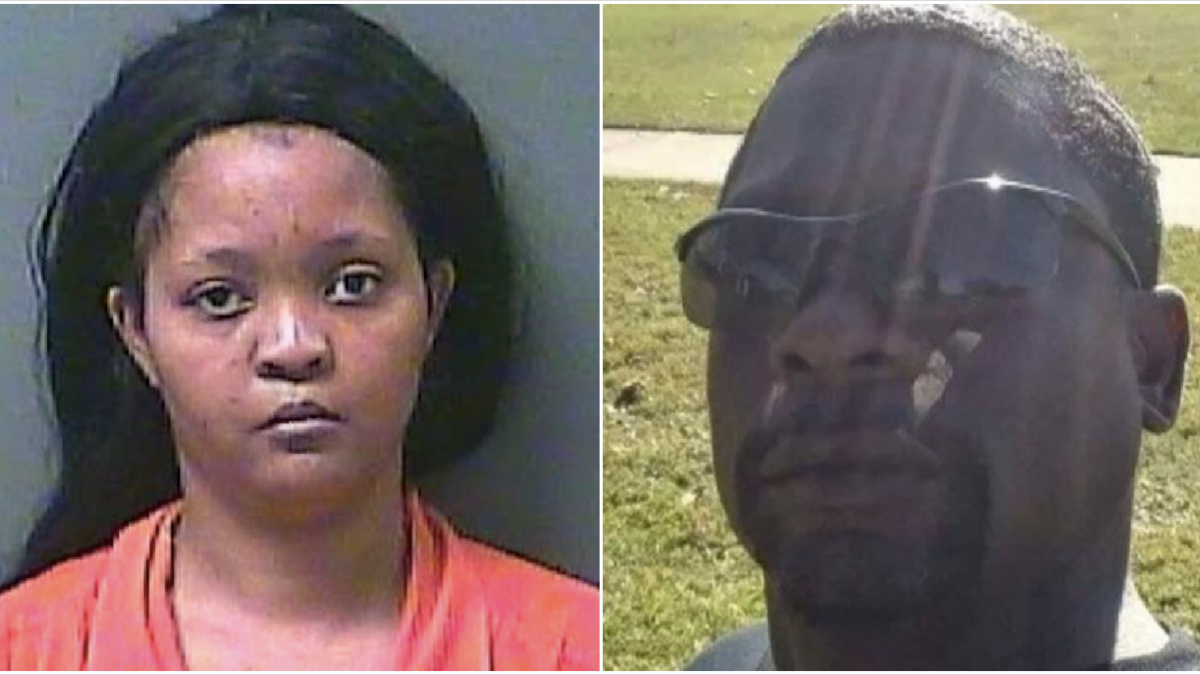 Police say that her two teenage kids told them after her arrest that he had been helping them do homework on the family computer on July 27 when they all discovered a website their mother had been visiting. Randy confronted her in their shared bedroom in the Indiana home.

When the teens opened the door of the bedroom, they reportedly saw Randy on the ground; he asked them to call 911, but heir mother told them not to make the call and sent them to their rooms, they said.

The teens told police that their mother later woke them up in the middle of the night and asked them to assist her in placing Randy’s corpse in her car — but it was too heavy for the three of them to lift.

The next day, after returning with an ax and cleaning supplies, the children told police that the suspect, Thessalonica Allen, had them help first drag her husband’s body into a bedroom and later help her put it in a tote bag, which is when they noticed his legs were no longer attached. The teens told police that on Wednesday night the body was still too heavy.

On July 29, police received the first report about the alleged murder from a former partner of Thessalonica Allen’s, who is also the father of one of her children. According to what he told police, she contacted him and alleged that Randy Allen had been hitting the child she shared with the ex; when he came to their residence, she showed him his body, which was in a closet. At that point, he would have been dead for more than 36 hours, partially dismembered and stuffed in a tote bag.

She asked for his assistance in disposing of it, he said.

He declined and asked that she drive him home, he told police, at which point he reported the murder; he told officers that Allen had disposed of the gun while driving him home.

When police arrested her, she confessed to the crime but claimed that her husband had been beating her and her kids, and she’d shot him during one such altercation. Her teenage children deny that there was an altercation on the day in question.

His eldest child said that Randy Allen was not an abusive person, but was a sweet person. Investigators found the body in the daughter’s closet. The kids told police that Randy had mentioned he planned to leave their mother.

Educator, who had been teaching for 40 years and even received the Teacher of the Year award, slapped a student in the face because of the hoodie they had worn to class