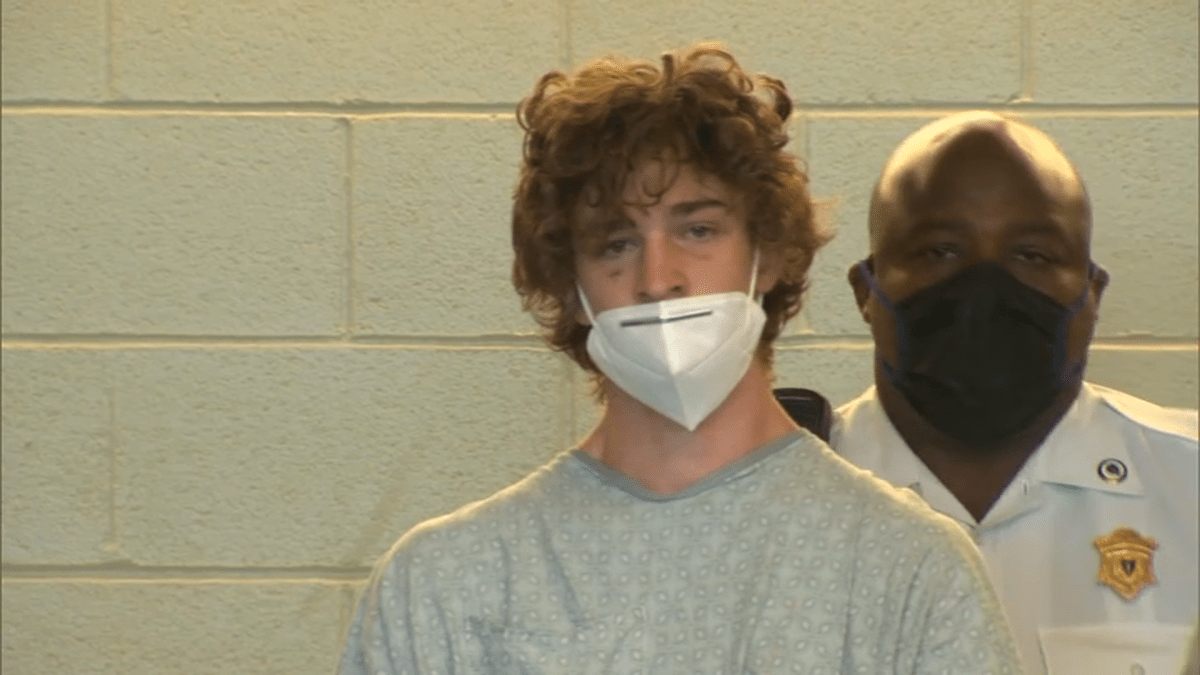 The 19-year-old boy told investigators he’d submerged his father’s head underwater several times, killing him, in an attempt to rid him of a supernatural force.  On June 28, officers responded to a home in Massachusetts after receiving reports that the 19-year-old boy was acting strange and that his father was missing. His father was later discovered unresponsive. Emergency crews attempted life-saving measures on the Massachusetts man, but he was pronounced dead.

A preliminary autopsy revealed Scott Callahan had “water-logged lungs.” He also suffered broken blood vessels in his eyes and an abrasion on his head. A cause and manner of death are pending, according to medical examiners.  Jack Callahan was arrested and charged with one count of murder.

A day earlier, the father and son had taken a rideshare from Boston to Crocker Park in Duxbury, officials said. Prosecutors alleged Scott and Jack Callahan were picked up by an Uber at a Boston hotel. Scott Callahan, who suffered from a past brain injury and other health problems, was reportedly intoxicated.

After arriving, the pair allegedly got into a physical altercation.

Jack Callahan ultimately told detectives he dunked his father in the pond in an attempt to exorcise what he reportedly believed was a demon he called “Dirty Dan.”

“Jack Callahan allegedly began submerging his father under the water several times claiming he was ‘baptizing’ his father because he saw the ‘demon’ in his eyes,” Plymouth County Prosecutor Timothy J. Cruz said in a press release.

Callahan allegedly held his father’s head underwater until he “no longer fought back,” or “floated,” prosecutors said.

“He described that he was holding his father in the pond on his back like a baby, that he continually dunked the father’s head in the water about four to eight times, that when the father started to cough and choke, he would lift his head up, and then when the father started to fight and strike him, he pushed the head back down into the water,” Plymouth County District Attorney Shanan Buckingham also said.

Jack Callahan suffers from “some substance abuse issues and ongoing mental health issues that had recently surfaced,” Buckingham said. He pleaded not guilty and is being held without bail. A judge ordered that Callahan must undergo a competency evaluation ahead of his next hearing.

Bill Cosby walks out of prison free as court overturns rape conviction: "There are many liars out there"