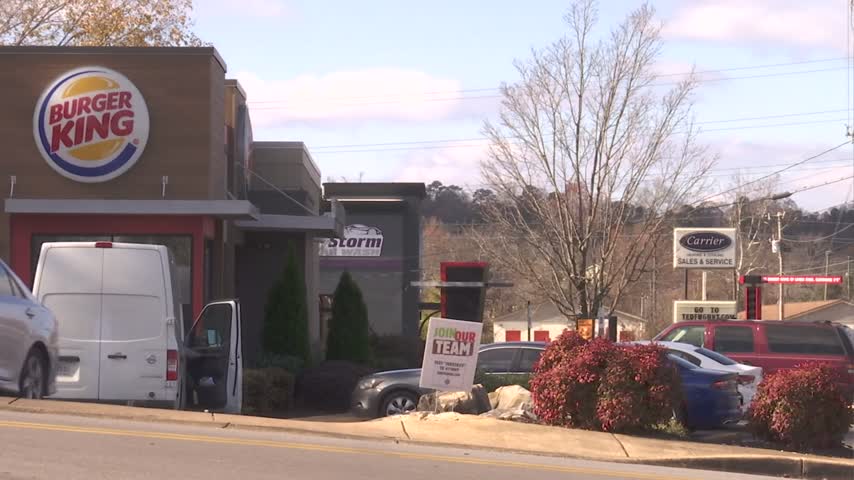 CHATTAOOGA, Tennessee- A Chattanooga woman claimed she found a medical pill in her burger from a Chattanooga Burger King.

“Just the shock of all my gosh this is really happening and I’m getting more surprised as it went on,” said Ashlee Knox.

Knox ordered a burger from the Burger King on Joe Engle Dr.

She said after she was a few bites in she found a pill.

“I’ve been into something solid so I kind of, this is gross, spit it out a little bit and it was something white and it’s a big and move the food around in my mouth more sense more stuff in there,” Knox.

She said at first she didn’t realize what it was.

“When I first put it out it was white so I thought it was about it first because I was eating I know that doesn’t make any sense because it was hamburger,” Knox.

She said she has filed a police report with the Chattanooga Police after she felt she got nowhere with Burger King.

“Primarily because it was very scary to me that I tried to contact Burger King locally and they did not respond to my call or did anything to indicate that they are taking it seriously and then I tried to call the next phone number it went to a voicemail but the voicemail told me that the voicemail box is full and I was unable to leave a message,” Knox.

Knock said after reaching out multiple times, Burger King corporate office did get a hold of her Tuesday morning. She said they said they’re investigating the situation to see what happened. Knox said she’s not sure when she will have fast food again.

News 12 Now reached out to the Hamilton County Health Department.

Wilkins says there were no foreign objects found in the foods, ingredients, or packaging throughout the facility during the inspection.

Fifteen candidates are running for Mayor of Chattanooga, but early polls and numbers are showing it may come down to the top four