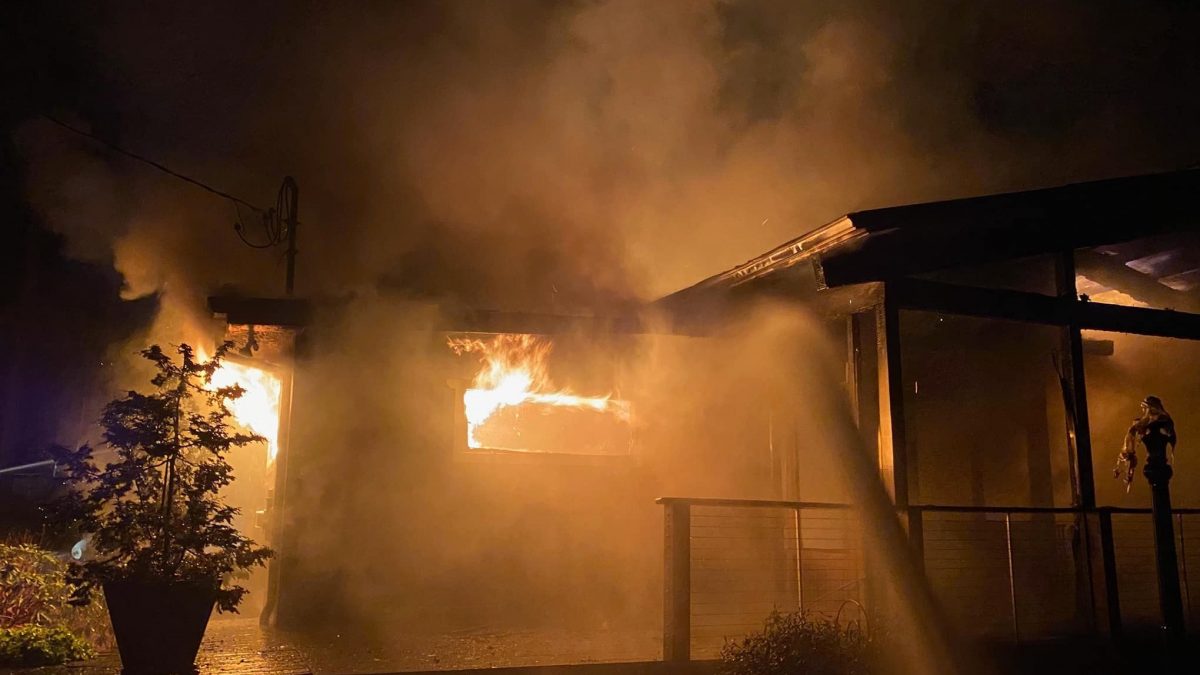 Hamilton County, TN – According to the Highway 58 Fire Department, this unfortunate incident occurred around 1:15 a.m. Thursday.

It happened in the 5700 block of Maple Lane.

Highway 58 Fire Department crews responded to a report of a residential fire.

Multiple units were brought to the scene including Tri Community Fire and Dallas Bay Fire, since the family home was accessible from the lake.

The responding crews said that the home is a total loss.