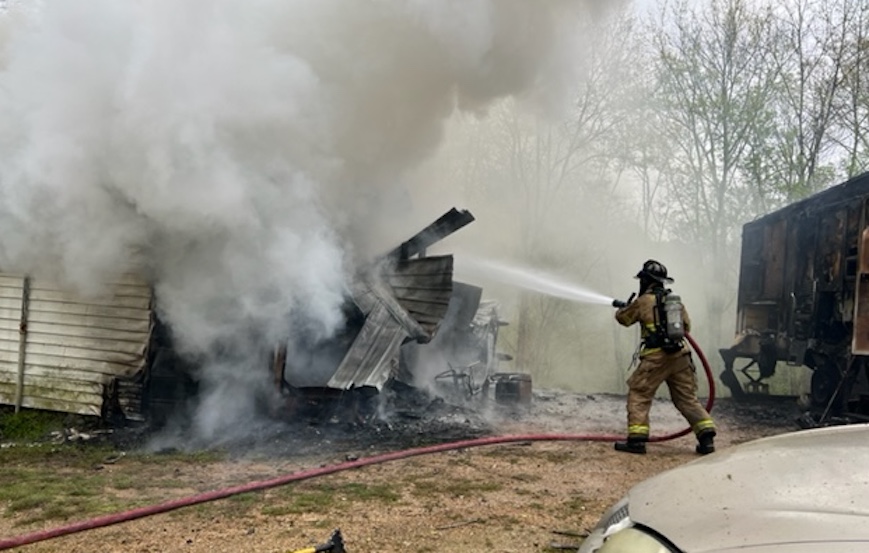 Hamilton County, TN – According to the Highway 58 Volunteer Fire Department, this incident occurred around 1:07 p.m. Thursday.

It happened at 120 Darlene Lane.

Highway 58 Volunteer Fire Department crews responded to a report of a house fire.

The responding crews discovered that 50% of the home was on fire as well as a camper behind the house.

The homeowner reportedly told to the firefighters that everyone was out of the house but a dog was trapped inside the camper.

A firefighter quickly entered the camper to rescue the dog.