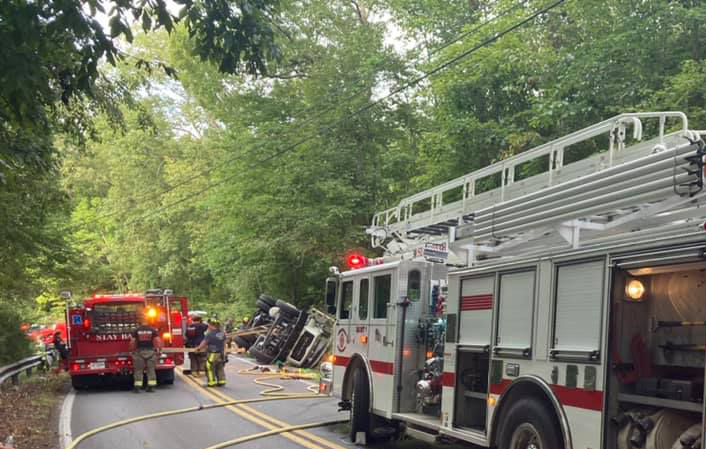 Police say it happened at 10940 Hixson Pike, near the intersection of Yapshank Road.

Hamilton County Sheriff’s deputies and Tennessee Highway Patrol troopers responded to a report of a crash.

Deputies say the truck was carrying a liquid oil base when it flipped over on its top.

Hazmat teams were on the scene.

CFD crews respond to an overturned tractor-trailer on Moccasin Road