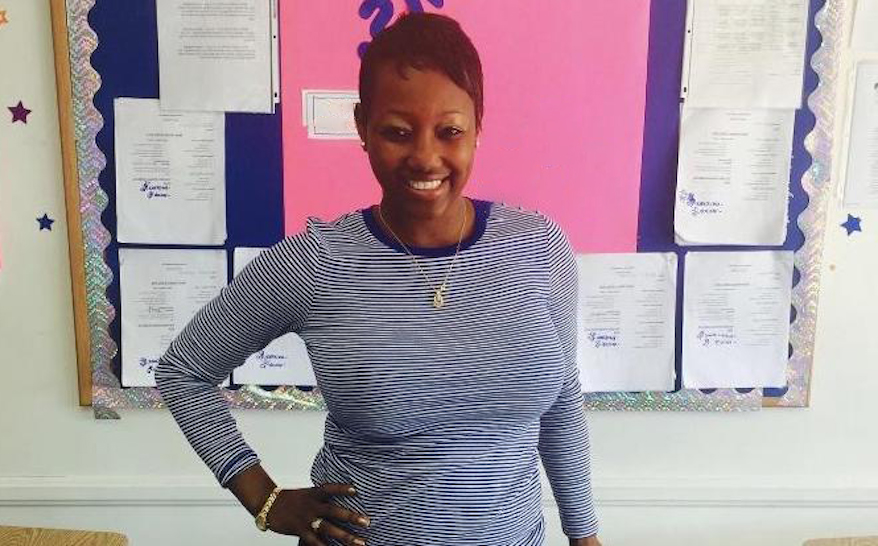 The high school vice principal says she was forced to quit her job because she claims she was the victim of racism for years and said the school district failed in preventing such incidents. These racially motivated incidents reportedly led the school administrator to attempt take her own life and experience multiple stress-related seizures while at work. “After three years of trying to have faith in the District to address the racial and s–ual harassment I have experienced, I now know that the District is only interested in protecting its image and not the lives of its employees. I do not have the strength to continue enduring this physically, mentally and emotionally unsafe working environment.” the school administrator reportedly wrote in her resignation letter.

The West Campus High School Vice Principal Dr. Elysse Versher told CBS13 that she submitted her resignation effective June 17, following the end of the school year. The vice principal claims she was the target of racist and violent threats by her own students. She says she has been a victim of harassment on the job for years.

Dr. Elysse Versher sent the following letter to the SCUSD. This is an excerpt from the letter: “This email communication serves as notification of my intent to not renew my contract for the 2022-2023 school year as Assistant Principal at West Campus High School. Given the physical and emotional anguish that I have suffered as a result of the racial discrimination and harassment endured by me over the years and the District’s failure to prevent such conduct by its administration, staff, students, and parents, I know that I cannot safely return to work.

Thus, please accept this letter as my official resignation from my employment with SCUSD, effective immediately. Please acknowledge receipt of this notice, via email, and provide any additional next steps if applicable.”

The high school vice principal explained in her letter that consistent racial and se–al harassment on the job led her to attempt to take her own life and experience multiple stress-related seizures while at work. In her letter, Dr. Elysse also said that in 2019, a parent reportedly accused her of earning her job through ‘affirmative’ action. Her tire was slashed and that there were no systems in place to protect employees from violent community members, SB reports.

In November 2021, she reportedly returned to her campus parking spot to find racist language written on the wall in front of it. She said that students wrote the N-word five times on a wall near her designated parking spot and posted threats on social media.

The derogatory remarks continued on social media from accounts angry about a school dress code. Dr. Verhser said threats were also made online toward her family, including her two young children.

According to CBS13, Dr. Elysse also wrote in her letter:

“Students came in droves to produce evidence of their peers racially harassing me and posting hateful words and images on the face of my -then- 4-year-old son and 8-year-old daughter. My principal told me that despite the fact students were calling me racist names IN CLASS during INSTRUCTION, it’s free speech and we could not investigate.”

Dr. Versher also said in her letter that she told the school officials there was also racist name-calling during class, but they allegedly said it was “free speech” and that it could not be investigated. “The N-word was broadcast on campus, I experienced multiple seizures at work.” she wrote.

“After three years of trying to have faith in the District to address the racial and s–ual harassment I have experienced, I now know that the District is only interested in protecting its image and not the lives of its employees. I do not have the strength to continue enduring this physically, mentally and emotionally unsafe working environment.” Dr. Versher said in the letter.

The school district said that they received Dr. Versher’s letter of resignation and released the following statement:

“Dr. Versher made complaints of racist acts directed toward her during her employment and the District immediately initiated an investigation into those complaints.  That investigation is nearly complete.  At this point, out of respect to Dr. Versher and the process, the District will not have further comment until the investigator’s final report is issued.  We expect that will happen soon.

We appreciate Dr. Versher’s service to the students of our District. The SCUSD is committed to providing an environment that is free of racism and harassment for students and staff.  We have taken steps to address racism on campuses, including anti-racism training for staff.”