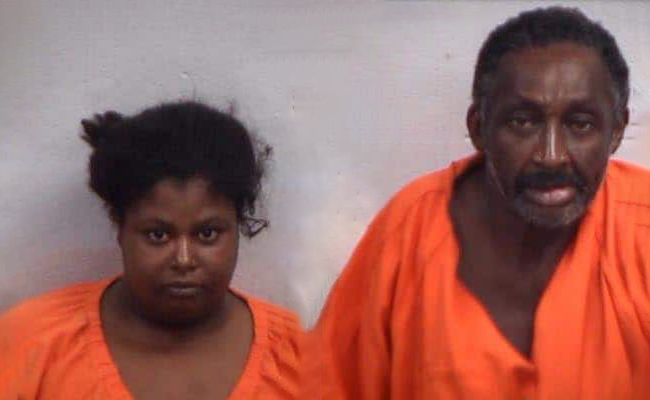 According to the police officials, this couple is accused of killing their landlord. Police say their landlord came over to collect rent, and the couple stabbed and shot her to death Wednesday. The 53-year-old victim was killed when she arrived at her tenant’s residence.

Her name is Conney Faye Mercer-Webb said she was killed right before 10 a.m., but it wasn’t until later that day that police were called to investigate a vehicle that had been driven off the edge of Modoc Road.

Officers started going door to door after learning the vehicle belonged to Webb, whose family said she’d been missing all day. Officers were directed to a nearby home that Webb rented out to Nathaniel and LaShawna David at 309 Modoc Road.

The suspect told officers that the victim had come by earlier to collect rent but did not come inside and left after a brief conversation, driving her own vehicle. As officers were walking away, the victim’s son, who was nearby, started yelling at officers that her body was being removed from the home, police said.

Police said they saw the suspect running away from the residence and started chasing him. Police say the suspects were apprehended, and the victim’s body was found at the rear of the residence.

‘It became apparent to officers on scene that the suspects, now in custody, were attempting to dispose of the body when they were observed by the victim’s son,’ the police department said in a news release.

The Davids are being held in jail on charges of murder, possession of a firearm during the commission of a crime and possession of a sawed-off shotgun, police said. The case remains under investigation.

Not immediately clear is if the arrested couple were behind on their rent and if so, by how much. To date police did not divulge what led to the Georgia couple murdering their landlord.