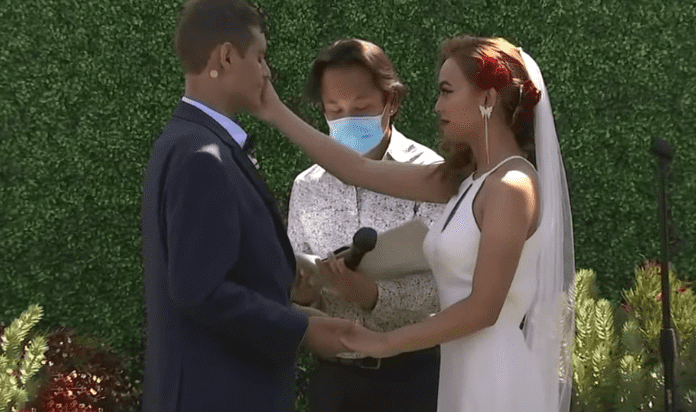 A young man has no idea how long he has left to live. But the one thing that 20-year-old Sergio is sure about is that the love of his life, Isabella, will always be right by his side. When Sergio was 15 years old, he was diagnosed with leukemia and has been living with the life-threatening disease for several years. This was also around the time when he began dating Isabella, and the two high school sweethearts leaned on each other as Sergio began the long-drawn-out battle with cancer.

The couple met while studying in high school and it was love at first sight when they began talking for the first time at a mutual friend’s party. The then-teenagers instantly clicked.

Soon after they met, Sergio received his diagnosis and began living with the disease. The years passed on, and the couple stayed strong until the doctors delivered some devastating news to them last week about Sergio’s health.

The 20-year-old from California was told that he may only have weeks left to live. So he and Isabella decided to solidify their commitment by getting married to each other. Their only hope is to make whatever time they now have left special.

“No matter what happens with my treatment, or whatever happens, I know she’ll always be there, take care of me and stuff, she really makes me happy,” Sergio said.

There was no doubt in his mind about asking Isabella to marry him. “…I knew she was the one for me, so that’s why I proposed. She’s the love of my life and I really want to be with her forever.”

With only a week’s worth of planning, the couple arranged to get married and exchanged wedding vows in a bittersweet ceremony. Friends, family members, and loved ones looked on as Sergio and Isabella tied the knot on Tuesday, September 7 at The Ramp. About 75 guests joined to make the day unforgettable for the high school sweethearts.

“I love you so much, and I hope we can spend our life together for as long as we can,” Sergio told his partner. “I love you.”

Despite everything going on, Sergio is able to look at the bright side. “The thing about Sergio is, despite him having such a life-threatening condition, he’s able to stay positive and able to be himself,” Isabella said.

Currently, Sergio is getting the medical attention he needs from doctors at UCSF. And now that Isabella and Sergio are living at The Family House, which is a pediatric guest house for children and young people being treated at UCSF, the couple can share memorable moments and cherish their last days together.

“I don’t know how much time I have left,” Sergio shared, “but we’re not really thinking about that… every day just take it slowly. One day at a time, one day at a time.”

"They were attempting to dispose of the body when he saw them", Woman arrived at her residence to collect rent, the occupants stabbed and shot her to death