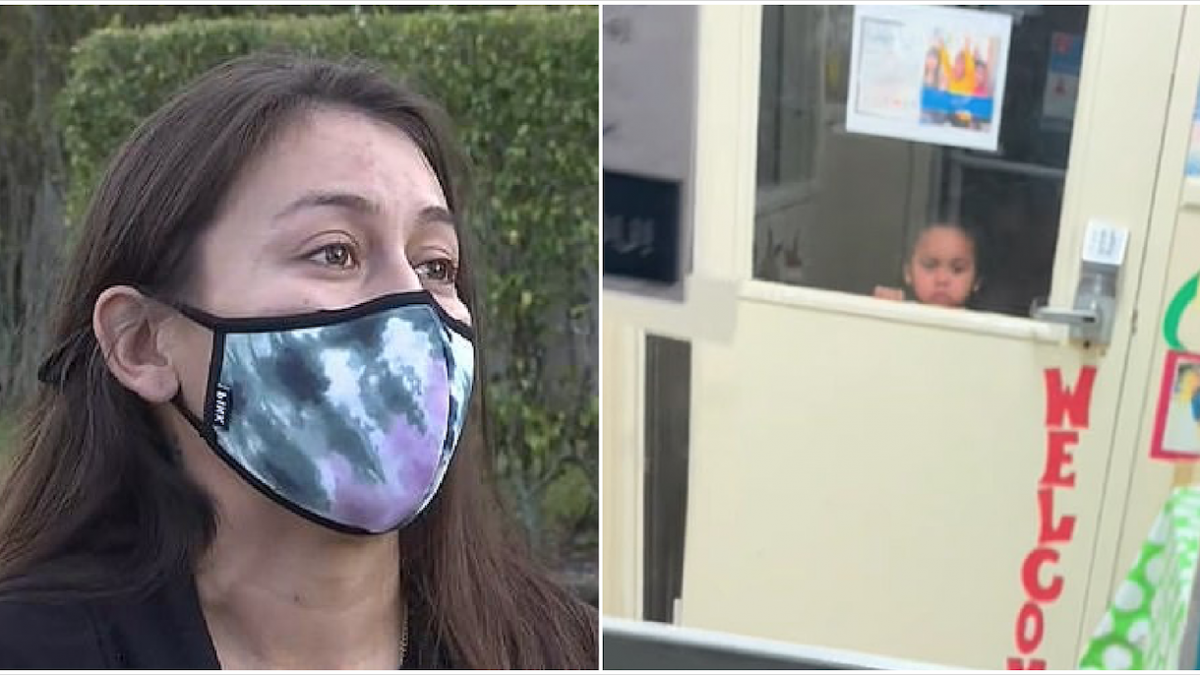 As a parent, you’d definitely want what’s best for your kids and sometimes you just have to put your faith in strangers for their partial care and education. That’s exactly what this mother did when she admitted her daughter into a daycare facility. But what she got in return was gross negligence after her 2-year-old was forgotten and locked inside of the daycare company’s facilities. The mother is now filing a lawsuit to ensure that nothing like this happens to another child.

According to WPLG, the mother from Florida, Stephanie Martinez, had arrived at KinderCare daycare center on Tuesday night, last week, to pick up her precious daughter, Anastasia Brathwait.

But was shocked to fund her locked inside with the lights off. The employees at the facility had already left for the day, recalled a furious Martinez who also noted that there was no way for her child to get out.

“I started knocking. I banged on every window. I couldn’t see anything because everything was dark. And finally, I heard her and she popped on the little window, on the little door, and I lost it,” recalled Martinez, who is now suing the daycare.

The worried mother immediately informed the authorities and firefighters arrived at the scene, pried the doors of the facility open to set little Anastasia free.

“She’s super traumatized,” Martinez reportedly said about her daughter’s condition before regarding the incident as unfair. Based on a report by the Police Department, two of the KinderCare’s employees had left the daycare center at 6:20 p.m. that day, just about eight minutes before Martinez had arrived to pick up her daughter.

Responding to the accusations, KinderCare Learning Companies, Inc. (headquartered in Oregon) said that they would retrain its staff on protocols surrounding proper supervision.

The company released the following statement:

“At KinderCare, nothing is more important to us than the safety of the children in our care. While we’re thankful the child was quickly found and was safe, this incident should not have happened. We take all concerns about children’s safety seriously and follow a specific protocol anytime an issue is raised…Part of that protocol includes notifying our agency partners, like state licensing and Child Protective Services, as we did in this case. We also placed the staff members involved on administrative leave while we, and our agency partners, look into the concern further.”

The mother’s attorney, Mark DiCowden, stated that the company has not done enough apart from providing a “bad excuse” in wake of the incident. “We are outraged that KinderCare endangered the life of a child by not observing any safety protocols that led to a two-year-old being abandoned and locked inside a darkened facility,” DiCowden said.

“Making the whole situation worse was that Ms. Martinez was forced in horror to witness her child in peril and it was not until law enforcement and the fire department were called that the toddler was then extricated through extreme measures.”

“The entire event could’ve been avoided if KinderCare did not abandon their responsibilities and the toddler. What adds insult to injury is that nobody at KinderCare bothered to answer the phone in this emergency situation, they failed to apologize for their bad behavior and they failed to provide anything but a bad excuse for what happened,” he continued, adding that he and his client Martinez are filing a lawsuit to “ensure that nothing like this happens to another child.”