Home > Trending > “Don’t wait, it could cost the life of your child”, Mother says doctor dismissed her concerns as those of a first-time mom before her baby was diagnosed with a very rare brain tumor
Trending 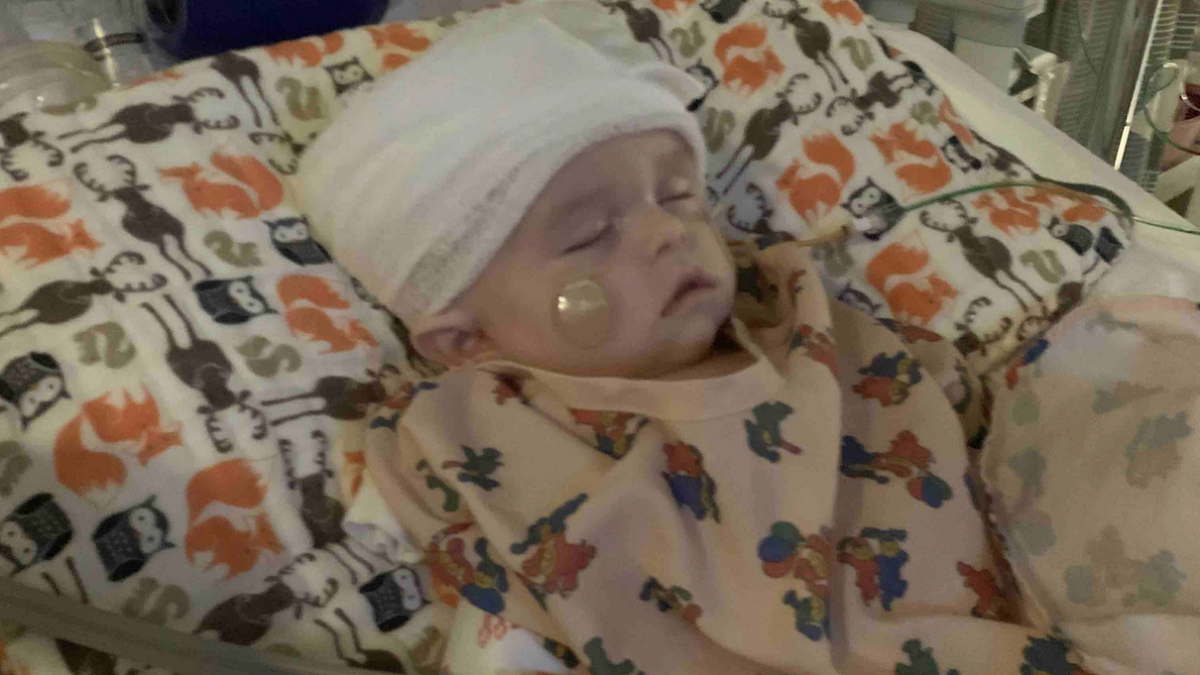 The baby was one month old when his parents started worrying that something was seriously wrong. He had difficulty lifting his head, which was so large that his mother could not pull a shirt down over his torso. The mother reportedly told the pediatrician, who dismissed her concerns as those of a first-time mom. “There are symptoms that the pediatrician has ended up missing like the increase in the head size or the swollen fontanelle. Go get it checked out. Go ask, even if it’s nothing. Don’t wait, it could cost the life of your child.” the mother reportedly said.

When the little boy, Luca Zayas, was just 11 weeks old, he was diagnosed with a brain tumor, TODAY reports. The parents from New York, Richard Zayas and Melissa Moro, were told he might not walk until he was five. But after two surgeries and months of physical and occupational therapy, Luca, now 23-months-old, loves to run and throw balls. The boy even tried riding a tricycle, his family said.

The 37-year-old mother told TODAY Parents: “I knew something was wrong. I kept telling my husband way before we went to the pediatrician. I was like ‘I think his head is bigger than normal children.’ I’m a nanny. I’ve seen a lot of children from birth to rising ages. Something just feels off.”

The mother also said that she would often mention her son’s head size at doctor’s appointments. Unfortunately, the doctor kept telling her she was overly worried and that her son was fine.

When Luca was 2 and a half months old, he received shots. Then, he couldn’t keep his eyes open and started shaking back and forth. The parents took the boy to the hospital where a CT scan revealed that the boy had a mass on his choroid plexus in his brain. The next day, the baby ended up going into surgery for almost five hours, his mom said. The surgeons reportedly removed the slow-growing brain tumor.

Melissa Moro reportedly told TODAY Parents: “It’s a very rare brain tumor and it’s not cancerous. But it has stages and he has stage 2, which gives it a higher chance of returning.”

After the surgery, the little baby ended up having a seizure for nearly 1 hour that required him to go back into surgery. His mom said that the medical personnel didn’t know why he’s having seizures.

Later, they discovered that the child was having seizures because he ended up having a bleed.

After Luca left the hospital, he attended physical and occupational therapy to help him.

Melissa Moro reportedly told TODAY Parents: “He was delayed at hitting milestones. Normal babies would learn how to sit up around three to four months and he learned that at five to six. They had told us that he would not be able to walk until he was 5-years-old.”

His mom also said that Luca still needs to undergo regular scans and tests to make sure the tumor hasn’t regrown and takes medication to control his seizures. Moro said that she is sharing her son’s story to encourage parents who feel like something’s wrong with their child to seek help.

The 37-year-old mom also told TODAY Parents: “There are symptoms that the pediatrician has ended up missing like the increase in the head size or the swollen fontanelle. Go get it checked out. Go ask, even if it’s nothing. Don’t wait, it could cost the life of your child.”

The last update was 2 weeks ago: “Luca’s MRI came back still no evidence of the tumor returning! He is doing very well we say the neurosurgeon he was impressed with his progress. His neurologist is keeping him on his current medication and if we need to increase due to seizures we will do so.

He will see a doctor for his leg as he drags it a tad and trips a lot, we will see his eye doctor in June. He is thriving and we couldn’t be any more happier! Can you believe he will be 2?!?! Oh my where did the time go!!!”