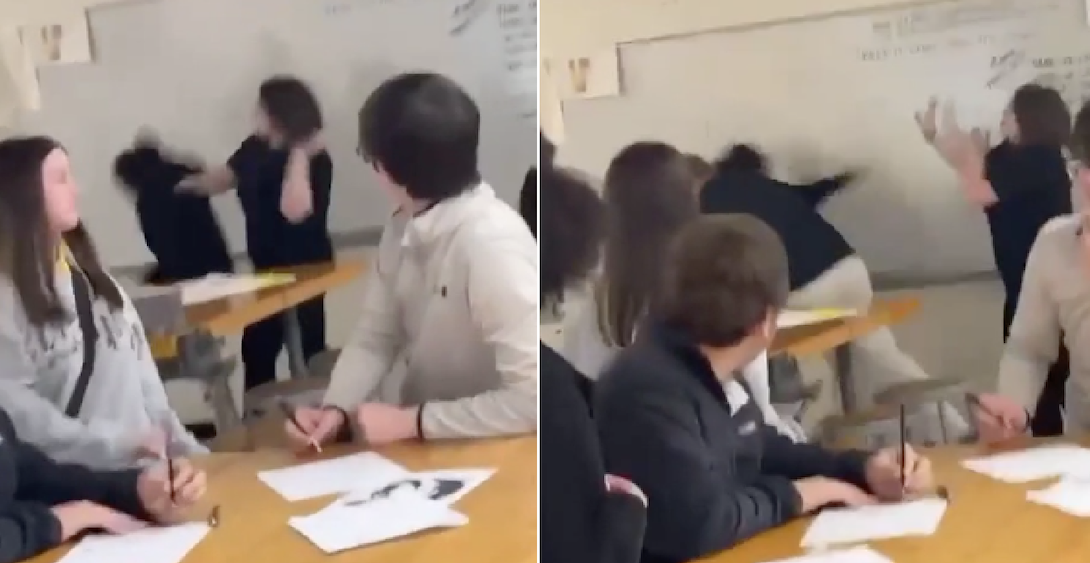 Middle school teacher has been suspended after he was caught on camera throwing a 8th-grade student, who was diagnosed with severe autism, to the ground as he was trying to break up a fight between two 14-year-old girls. The girl’s parents believe the fight may have been the result of bullying and the bullying became too much to bear. The parents also said there’s no excuse for what the teacher did. “I do want him fired, and I don’t want him to do anything to no child again.” the girl’s mother said.

The teacher from Tennessee, 61-year-old Carey Sanders, is now facing charges. This incident occurred on April 18 at DMS.

The girl’s parents, Jamila and George Miller told FOX13 they are concerned about the well-being of their young daughter Janiya Miller. The also said their daughter was diagnosed by the State of Tennessee Department of Human Services with severe autism.

According to the local police department, the middle school teacher attempted to break up a fight between two 14-year-old girls when he forcefully threw one of the girls to the ground. The whole incident was caught on camera.

The girl’s parents believe the fight may have been the result of bullying.

“She would come home crying because people were laughing at her or calling her ‘special ed’. She has OCD and comprehension problems.” Janiya’s parents told FOX13.

The parents also said there’s no excuse for what the teacher did.

“I do want him fired, and I don’t want him to do anything to no child again.” the girl’s mother said.

The girl’s father, George Miller, reportedly said: “And when I seen the video, her trying to fight, and she suddenly lost her balance and fell and she was trying to get up, the way I see it, and then she was thrown back down…swung back down. That’s what got me.”

According to WREG, the 14-year-old girl reportedly hit her head on the classroom floor and said she doesn’t remember all of the incident. They also said Janiya wants to look at the video all the time cause she’s trying to comprehend what’s happened to her.

The middle school teacher is now charged with assault. He reportedly turned himself in to police Thursday night.

Both 14-year-old girls involved in the altercation were issued juvenile citations for disorderly conduct, the local police department said.

“DCS is cooperating with the Police Department in the ongoing investigation involving the release of a video from a student discipline incident. DCS regrets the negative light this incident sheds on our students and faculty. We are thankful for our community that continue to support our school system.”

The middle school teacher has been suspended from the school pending the outcome of the investigation and further court proceedings. This incident remains under investigation. This is a developing story and it will be updated as new information become available.