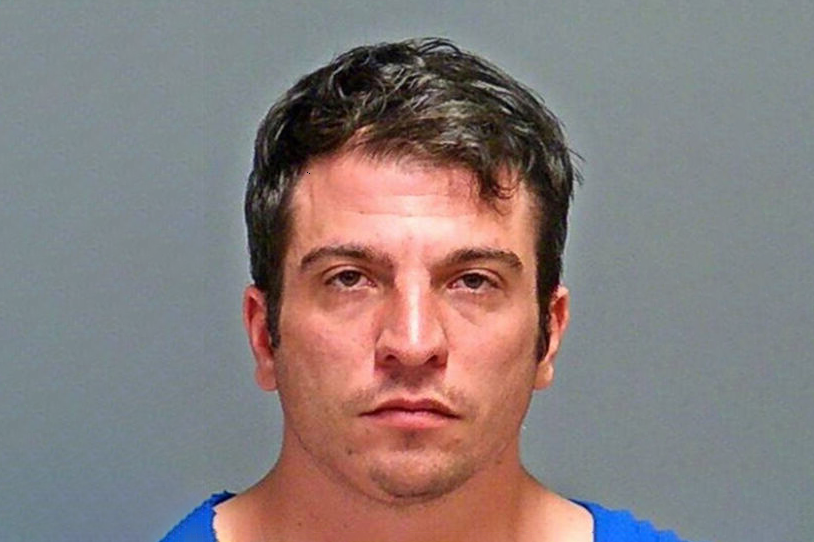 The 34-year-old father was arrested at his home on Sunday and charged with endangering the welfare of a child, according to a Facebook release. Officers responded to their home for a domestic violence incident allegedly between the suspect and the child’s mother. Authorities say the 34-year-old man and the woman were arguing but could not find signs of a physical altercation.

The woman told police that he, Michael Higgins, had thrown their daughter into the dryer before turning it on last Wednesday. Police said the mother was able to quickly intervene and the baby was removed from the dryer. The 4-month-old baby did not appear to have suffered any injuries.

‘It’s very disturbing. This child is just 4-months-old and was put inside a dryer — it doesn’t matter if it’s a few seconds. The point of the matter is, this child is at a young age who can get hurt very easily. This is very frightening for the child, traumatic. And traumatic for the mother who witnessed the whole thing as well.’

The father from New Hampshire has had previous legal issues, including domestic violence accusations and a restraining order filed against him. Due to his past criminal history, he’ll remain behind bars without bond.

In addition to endangering a child, the 34-year-old man is also facing charges of reckless conduct and criminal threatening. This story will be updated.