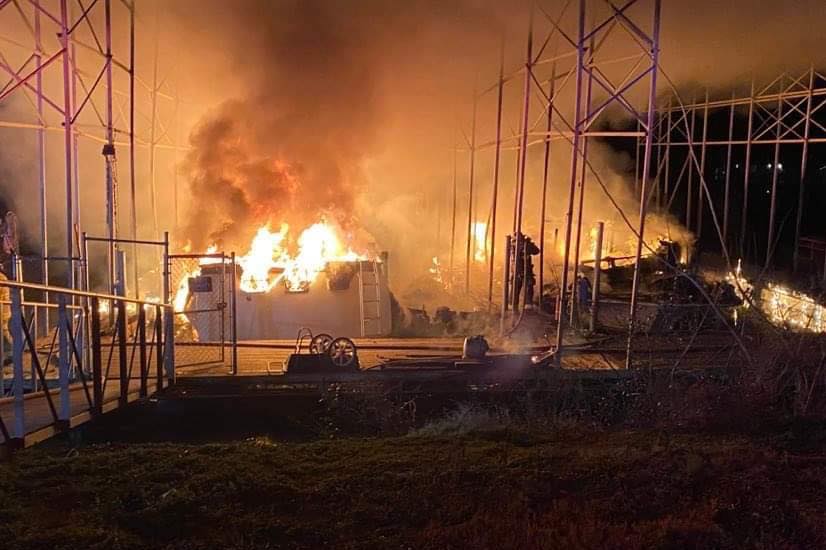 It happened at the Hales Bar Marina.

Haletown Fire Department crews responded to a report of a fire.

The responding crews were able to contain the blaze to just one of the docks.

Two large boats were destroyed by the flames, officials said.

According to the Marion County Sheriff’s Office, they’ve received reports that there is a person unaccounted for from the fire.

They brought in divers on Friday to search the water, but didn’t find anyone.

Officials called off the search because of extreme weather conditions and the recovery efforts will continue on Monday morning.