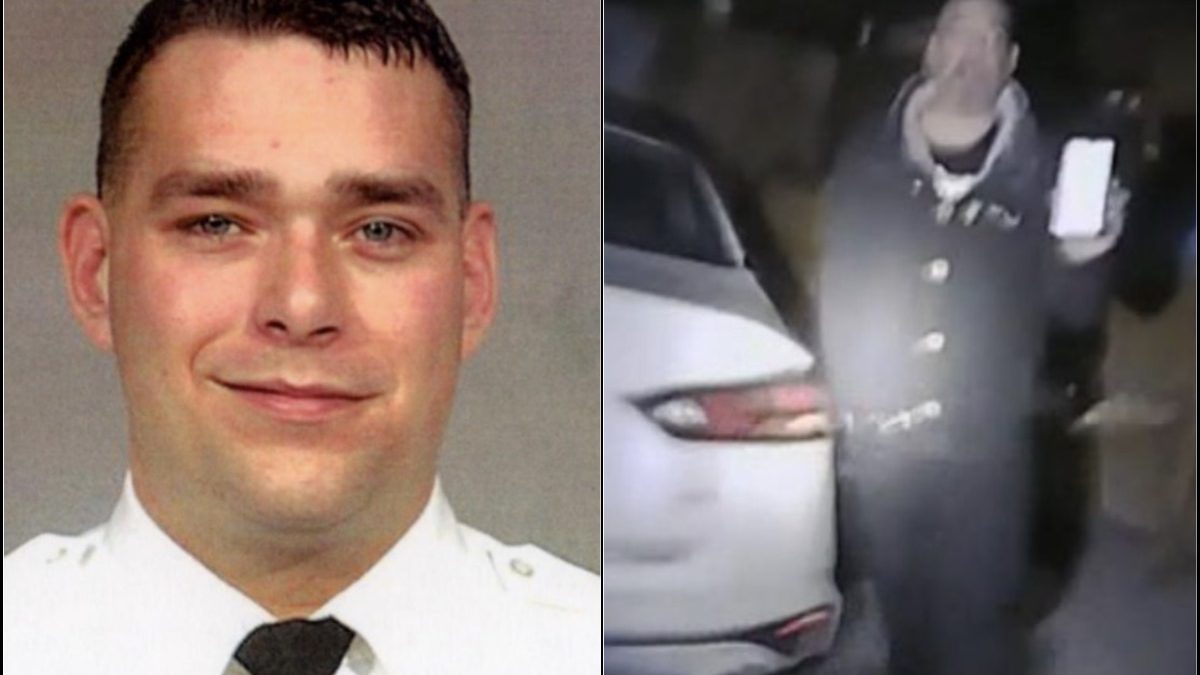 Former Columbus Police Officer Adam Coy was indicted on a murder charge by a Franklin County grand jury following an investigation by the Ohio Attorney General’s office. The charges faced by Coy, a 19-year veteran of the force, also include failure to use his body camera and failure to tell the other officer he believed Hill presented a danger. Coy will plead not guilty to the charges, his attorney, Mark Collins, said Wednesday night.

Coy and another officer had responded to a neighbor’s nonemergency call after 1 a.m. on Dec. 22 about a car in front of his house in the city’s northwest side that had been running, then shut off, then turned back on, according to a copy of the call released in December. Police bodycam footage showed Hill emerging from a garage and holding up a cellphone in his left hand seconds before he was fatally shot by Coy. There is no audio because Coy hadn’t activated the body camera; an automatic “look back” feature captured the shooting without audio.

In the moments after Hill was fatally shot, additional bodycam footage shows two other Columbus officers rolled Hill over and put handcuffs on him before leaving him alone again. None of them, according to the footage released, offered any first aid even though Hill was barely moving, groaning and bleeding while laying on the garage floor.

“In this case, the citizens of Franklin County, represented by the individual grand jurors, found probable cause to believe that Mr. Coy committed a crime when he killed Andre Hill by gunfire,” Attorney General

He added, “Truth is the best friend of justice, and the grand jury here found the truth.”

Coy had a long history of complaints from citizens. He was fired on Dec. 28 for failing to activate his body camera before the confrontation and for not providing medical aid to Hill.

Coy will fight the charges based on case law that examines such use of force incidents through the eyes of a “reasonable police officer,” Collins said, adding that his client has fully cooperated with investigators and “honestly believed that he saw a silver revolver coming up in the right hand of the individual.”

The union representing Columbus police officers issued a short statement saying it will wait to see how the case plays out.

Coy “will have the ability to present facts on his behalf at a trial just like any other citizen,” said Keith Ferrell, president of the local FOP. “At that time, we will see all the facts for the first time with the public as the process plays out.”

Ginther, a Democrat who has made changes at the police department one of his highest priorities, welcomed the news of Coy’s indictment.

“The indictment does not lessen the pain of his tragic death for Mr. Hill’s loved ones, but it is a step towards justice,” he said.

Quinlan himself was highly critical of Coy and other officers’ actions and has said Hill would be alive today if officers had assisted him on the scene.

Hill’s family, while still grieving Hill’s death, is happy with the indictment which they see as a first step, said attorney Michael Wright.

“It’s important to start holding these officers accountable for their bad actions and their bad acts,” Wright said. “I think it will go a long way for one, the public to trust law enforcement, for two, to potentially change the behavior of officers and their interaction with individuals that shouldn’t be killed or should not endure excessive force.”

This is the second Columbus police officer recently charged with murder. Former vice squad officer Andrew Mitchell was charged in state court in 2019 with fatally shooting a woman during a 2018 undercover prostitution investigation.

Mitchell is also charged federally with forcing women to have sex with him under threat of an arrest, pressuring others to help cover up crimes and lying to federal investigators when he said he’d never had sex with prostitutes. He has pleaded not guilty. Hill’s case was prosecuted by the Republican Yost, the state’s top law enforcement officer, whose criminal investigation unit is leading the probe. Hill’s death came a few weeks after a Franklin County Sheriff’s deputy shot and killed Casey Goodson Jr. in the doorway of his grandmother’s house as relatives said he returned from a dentist’s office with sandwiches for his family. A U.S. marshal has said that deputy Jason Meade, a member of a fugitive task force, confronted Goodson outside his home after Goodson, who was not the subject of the fugitive search, drove by and waved a gun at Meade. Meade is white and Goodson was Black.

A local resident has been charged with identity theft