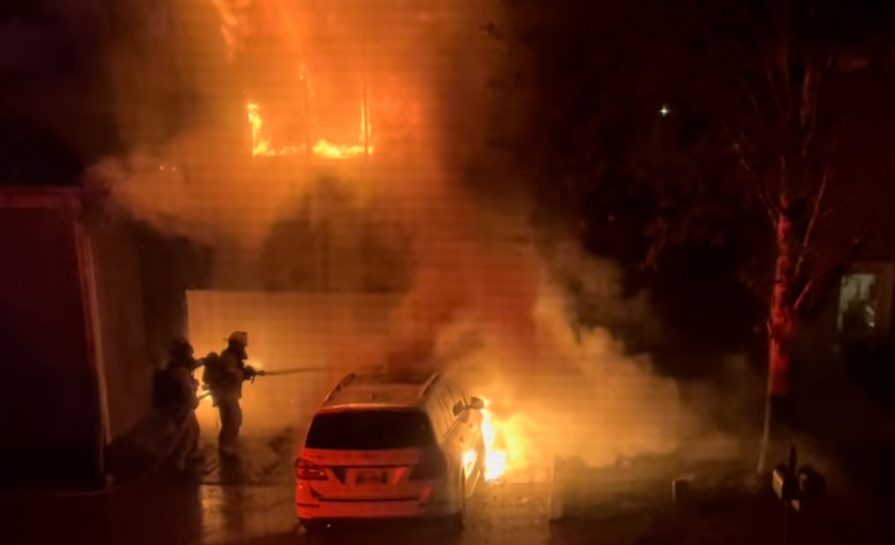 It happened on Stonewater Blvd.

Franklin Fire Department crews responded to a report of a residential structure fire.

The responding crews arrived to find a rapidly extending garage fire that was spreading to the bonus room and attic space above it.

Officials said that one adult tried unsuccessfully to fight the blaze before evacuating.

According to the FFD, the fire started in the two-car garage near where a golf cart was parked.

Officials said that 5 people will be displaced.

According to Franklin Fire Marshal Andy King, caused around $700,000 worth of damages.

"The student kept calling him the N-word", Family says that black high school student is the 'original victim' after he was caught on video kicking and punching his white classmate repeatedly, leaving him injured