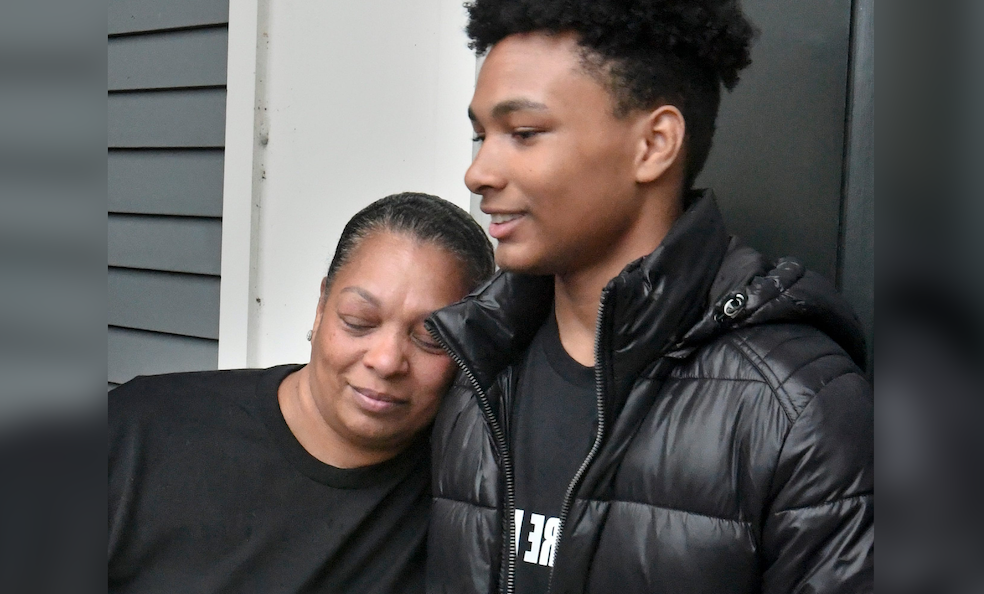 The black high school student reportedly began to fight his white classmate after he faced racial bullying, his family said. The boy’s mother said that the racism her son faced was riding the crest of a wave of racism perpetuating throughout the school district. For months, the white student verbally attacked her with racial slurs, the mom said. The local school system continues to drop the ball against racism, racist acts against students and it gets shoved to the side like it doesn’t exist, the student’s mother said.

The 15-year-old student from Massachusetts, Ras Russell, reportedly attacked his white classmate after he was provoked for months with insults like ‘go back to Africa’ and ‘go pick cotton.’

The dangerous weapon charge is based on Russell’s shoes, which he was wearing at the time of the fight, according to his attorney.

According to the CC Times, both student were initially suspended for five days, after which the white student was allowed to return.

During an interview with WXTK, the school superintendent Paula Gould said that a horrible comment was made the night before the fight. The comment was reportedly made while the students were playing video games online, she said.

Paula Gould reportedly said: “The next day, the student in question made a decision to find the student who made the comment in order to physically take matters into his own hands. Only after the fight did the administration learn of why he made the decision to fight the student, sending him to get medical care, without one punch returned. His choice, plus the severity of the injuries to the other student, made the incident a police matter. But as adults, we must reiterate to our youth that violence is not the way to handle it.”

The superintendent reportedly admitted that the Russell, who is Black and Native American, faced racial bullying and that the student who made the comment before being beaten up had been disciplined.

But, according to Russell’s family, the white student had been allowed to return to school before Russell did. Russell’s aunt, Marguerite Ormon, wanted it made clear that her nephew was the original victim here.

She reportedly told WBZ News Radio: “My nephew was called on several occasions, and they have that in texts, ‘N—r.’ This child endured that, he’s a child. He’s not mature enough to know all the full consequences of that explosion that happened after months of this type of language and this type of bullying happening.”

Paulene Jones, Russell’s mother, said that the racism her son faced was riding the crest of a wave of racism perpetuating throughout the school district. The woman also said that her entire family faced racism, dating back to September 2021 when she found her garage door covered in red paint.

In February, the verbal harassment expanded to slurs and threats made through text, and online gaming sessions, the mother said.

Paulene Jones reportedly said: “The student kept calling him the N-word and said he was going to send him back to Africa to pick cotton. Ras gave the child a chance to say he was sorry, during the online gaming session, but the kid said no and that he would see him tomorrow in school.”

According to superintendent Paula Gould, Russell will be supported with a school counselor when he returns and with academic help to meet needs due to his absence.

The high school and STEM Academy Principal, James Mulcahy, released a statement a said that his goal is to get Russel back in school. The principal also said that the entire school district has problems and they are taking steps to implement programs from the Anti-Defamation League to help teach students how to deal with these issues.