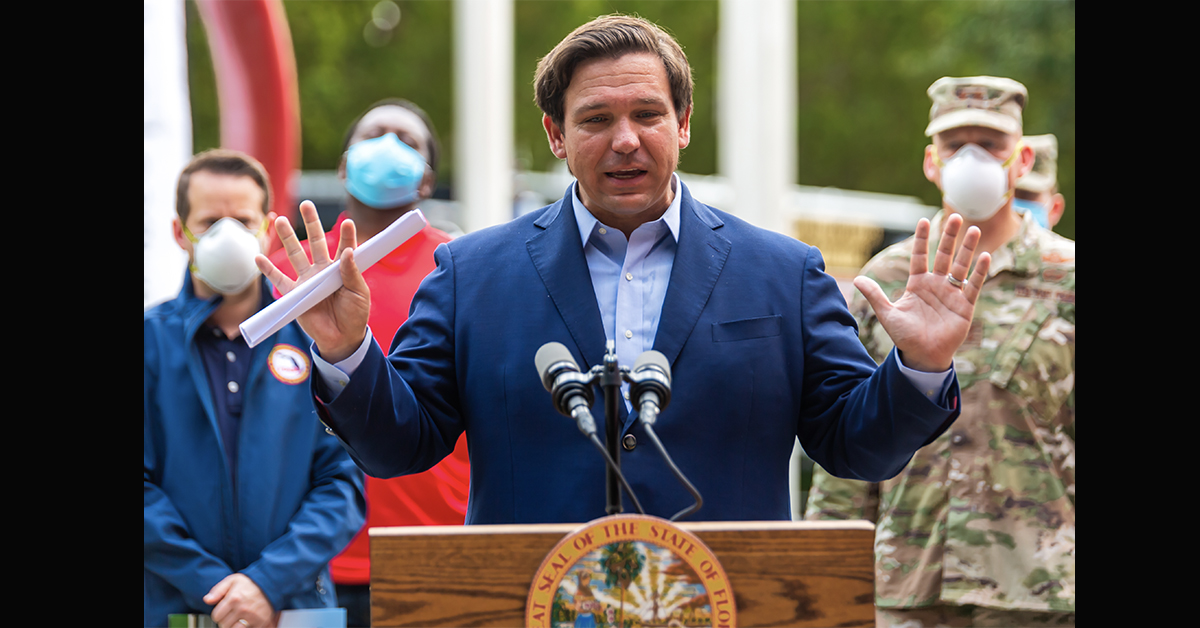 Florida Governor Ron DeSantis has signed a bill into law banning transgender girls from competing in female sports. As per reports, DeSantis signed the bill yesterday, Monday, June 1, at a Christian school in Jacksonville. The timing of the bill happens to also coincide with the beginning of Pride Month – a fact that wasn’t lost on many social media users.

Needless to say, DeSantis’ signing of the bill – especially given the aforementioned timing – has caused a huge stir. The topic of transgender rights so often proves a well-fueled talking point, and of late the idea that transgender girls could compete fairly against biological females has been hotly debated.

He added: “It’s not a message to anything other than saying we’re going to protect fairness in women’s sports.”

Of course, though there were many who agreed with the move, there are likely just as many who remain opposed to such bills. Chief among them are figures from the LGBTQ community.

Human Rights Campaign, an LGBTQ civil rights group, denounced the new bill and stated its intentions to sue the state of Florida.

“Governor DeSantis and Florida lawmakers are legislating based on a false, discriminatory premise that puts the safety and well-being of transgender children on the line,” organization president Alphonso David said in a statement.

“Transgender kids are kids; transgender girls are girls. Like all children, they deserve the opportunity to play sports with their friends and be a part of a team.”

The subject has proven predictably divisive on social media, with many Twitter users taking a stand in one camp or the other. Some are of the opinion that children should be able to choose their gender and then be accommodated accordingly, whilst others claim that transgender girls playing against biological girls would hand them an unfair advantage.

New project to give oral history of Hillary Clinton’s career