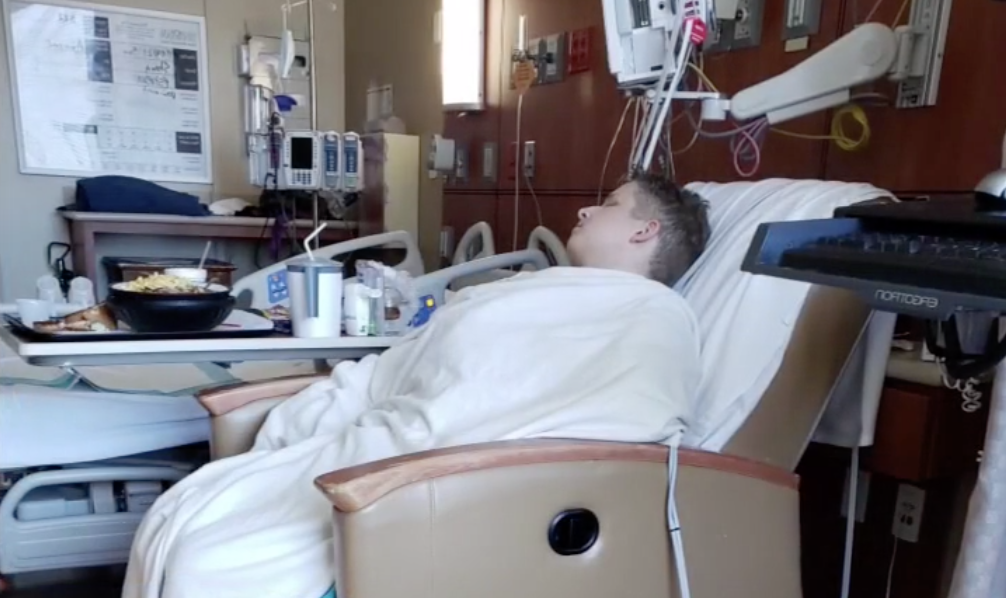 The mother, who has a rare genetic, life-threatening condition and almost died from it, says the same condition took her father’s life few years ago. Now, the mom is making sure the same thing doesn’t happen to her kids. The mother also want to help save others’ lives by sharing her story. Her son did the genetic tests and discovered that he was at risk of the same life-threatening condition. The 17-year-old boy said that he was ready for the surgical challenge to prevent it.

The mother and son from Texas, Amy and Ayden Fireck, share a close mother-son relationship, they told FOX26.

Dr. Anthony Estrera, Professor and Chair of Cardiothoracic and Vascular Surgery with McGovern Medical School, reportedly said: “Amy actually had the aortic dissection and was treated emergently and then they were able to identify that she had a genetic predisposition for this problem.

Aortic dissection is a condition in which the aortic wall tears from inside, leading to a separation of the layers of the wall of the aorta. The aorta is the main pipe of the body, arising from the heart, and carries blood to all the organs.”

The mother from Texas, Amy Fireck, told FOX26: “My chest started getting tight and burning and it was coming up higher and higher and went through my neck, you know, felt like a sear. It was like a hot poker, just really, really hot and severe and it went down all of the left side of my face.”

The mother also said that doctors were able to repair her aorta. Unfortunately, 7 years ago, her dad died from the same thing.

The family from Texas is doing everything they can to stop this heart problem in its tracks for their family. That started with genetic testing.

Dr. Dianna Milewicz, Professor and Director of Medical Genetics with McGovern Medical School, reportedly said: “It is rewarding but when the families come to me, and they’ve had five, six generations of people dying in their 40s or early 50s of aortic dissections. It’s really sad that it took so long to get to this point that we understand it runs in families.”

Ayden did the genetic tests and discovered that he was at risk of aortic dissection. He told FOX26 that he was ready for the surgical challenge to prevent it.

Ayden Fireck reportedly said: “Happy, because I wanted to go ahead and just hit the nail on the head get it over with, so I didn’t have problems later in life. But, at the same time, as a 17-year-old going into open-heart surgery, it was also pretty scary.”

According to reports, Dr. Anthony Estrera performed a procedure on Ayden.

Dr. Anthony Estrera reportedly said: “The surgery went very well. We were able to replace his aortic root and save his aortic valve, which meant that he didn’t have to be on life-long blood thinners. We’re getting rid of or replacing that pipe, that old diseased pipe and replacing it with a new synthetic pipe. And then we have to rebuild his aortic valve into that pipe to preserve that function of his valve, which is a one-way valve as well as reattach the coronary arteries.”

Ayden Fireck said that the first 3-4 weeks were really bad and extremely painful for him.

Amy Fireck reportedly said: “No mother should have to see their child like that. I went through it and I tried to prepare him the best that I could as to what to expect. But to walk in and see your son hooked up to so many things and a ventilator. And all that. It was very emotional, but I am very thankful.”