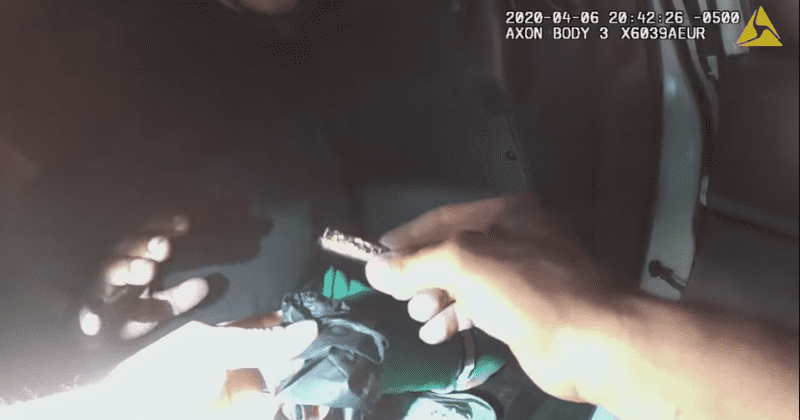 A bereaved father is suing the SPD for the way they treated the remains of his baby girl. Two years back, his baby girl was found unresponsive and wrapped in a urine-soaked blanket after being seriously neglected by her mother and her mother’s fiance. Her biological father not only had to deal with the tragic loss but also experienced the excruciating ordeal of having his daughter’s ashes passed off as drugs.

He claimed he was pulled over in Springfield and placed in handcuffs by police officers, according to the lawsuit. While he was made to sit in the police car, his own vehicle was searched without a valid warrant or probable cause.

Along with marijuana, the police found a small container inside his car and scattered some of its contents on the ground. It was only later when they found out it was actually Ta’Naja’s ashes. The father, Dartavius, was baffled when one of the officers told him they found a substance that tested positive for meth or ecstasy. While Dartavius admitted to having marijuana in his car, he said it was impossible for them to have found other drugs and asked them to show him the substance.

Eventually, the officers gave the ashes to Dartavius’ father, who was waiting across the street from where the search was taking place. Dartavius was also allowed to go as well and was given a notice to appear. “I’m just gonna give him a notice to appear on the weed,” one officer said, while another replied: “OK, aside from pissing off dad and testing the dead baby ashes.”

After Dartavius was put through the distressing ordeal on April 6, 2020, he filed a lawsuit seeking compensatory and punitive damages, in addition to a trial by jury. The father believes officers “acted knowingly, intentionally, willfully, and maliciously” and said they “desecrated” the ashes of little Ta’Naja.

His daughter was described as a happy and bubbly little child who suffered a heartbreaking death, caused by her mother, Twanka, and her fiance. Twanka reportedly allowed her daughter to stay as a prisoner in a room with her own feces and rodent droppings. Meanwhile, Twanka and Anthony would sleep in another room with their well-fed son, aged one and a half years old at the time.

As for food, Ta’Naja was only fed small amounts of noodles, beans, and rice, and she was severely malnourished.

On one night, the heater kept in Ta’Naja’s room was taken and placed in the room where Twanka slept with her fiance and son. And that was the night Ta’Naja froze in her own filth before being discovered by police officers in February, 2019. She was pronounced dead in the hospital after suffering dehydration, malnourishment, and neglect. Currently, Twanka is serving a prison sentence of 20 years for her daughter’s death while Anthony is serving out a sentence of 30 years.

6-year-old boy shot in car because his mother showed someone the middle finger: "Mommy, my tummy hurts"