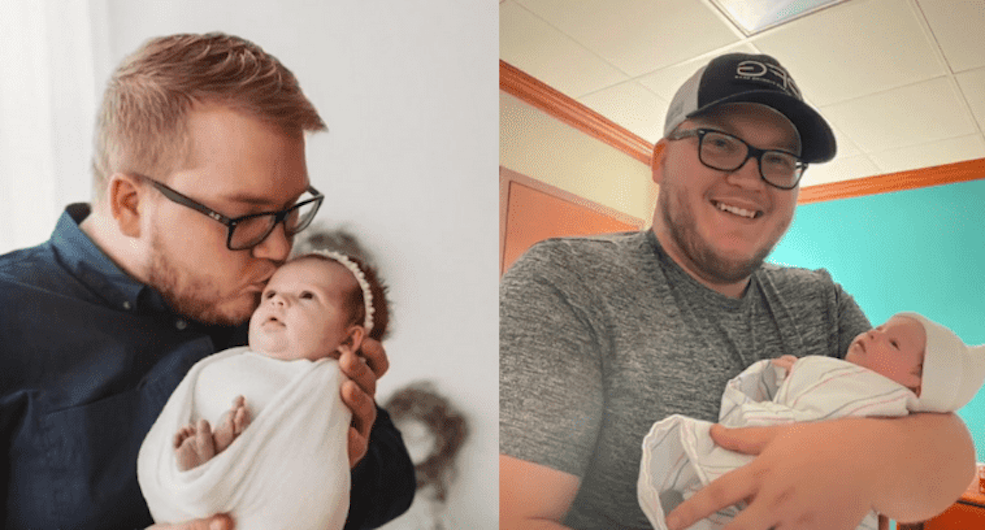 A Tennessee mother is left grieving the loss of her beloved husband who died helping others in need. The woman revealed that her late husband had been a preacher since 2018 but was more like a fill-in pastor who would do it on request.

“He’s always caring about everybody else” his wife said, who wasn’t surprised to hear that her partner was found assisting a motorist who had gotten into a car crash on Sunday. Unfortunately, this selfless decision ended up being the reason for his accidental death.

The crash report revealed that Tristan Lemka was fatally struck after 8 p.m. on Sunday by an oncoming vehicle after he ran out to help the crash victim. At the time of the accident, his wife was not at home. “I was at my Mammy’s house and I have a ring doorbell. And the cops told me over my ring doorbell,” she recalled of the heartbreaking moment.

According to reports, Tristan was on his way to church when the tragic incident unfolded. Taylor revealed that her late husband had been a preacher since 2018 but was more like a fill-in pastor who would do it on request. “He didn’t think he was a good one. But he was,” she added of her religious partner who would also travel to the Philippines to preach. In addition to his faith, Tristan loved playing video games, singing just about every song, and randomly making trips to Walmart.

He was the kind of person who would do anything for anyone. That was one of the things that made Taylor fall for him. She had known him for years and began dating him towards the end of high school. “He was always joking. He was always trying to make everybody smile. He literally lit up the room,” she said of her husband, who was also her best friend.

Tristan leaves behind his wife and one-month-old daughter, who according to Taylor was his whole world. “Every time he would come home he would always take her away from me and just talk to her for like an hour,” she noted. The couple welcomed their little bundle of joy after being married for more than a year. For Tristan, their baby girl was a blessing. “He cried. He was super excited. He wanted a boy. But, as soon as she came out she was, he was wrapped around her finger,” shared the devastated wife.

Now she is determined to make sure that their child knows what a gem of a person her father was. “And how caring he was. And how loving he was,” she added according to reports. She also shared a touching tribute for her husband on Facebook expressing her devastation. “My sweet Tristan, there’s no words to explain how much I love you,” it read.

“You were taken away from us way too soon. I know you’re up there watching over me and Taytum. Don’t worry, Taytum is going to grow up knowing that she has the best daddy around. I’ll always love you. See you someday after while, baby,” she concluded.

Boy, 4, is fighting for his life after his grandparents' pit bull attacked him and ripped his arm completely off just below the shoulder