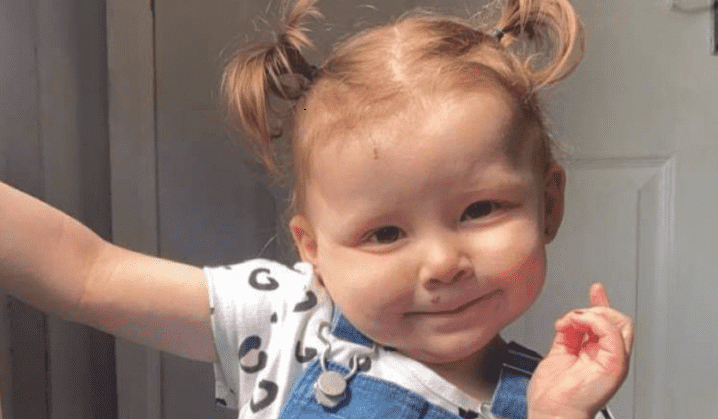 Authorities say the 2-year-old girl, Harper-Lee Fanthorpe, died a tragic death after swallowing a button battery from a remote control inside the house. Her mother, Stacey, only realized that the toddler swallowed the tiny battery when she found the remote control in her bedroom with one of the batteries missing.

On the ill-fated day of May 23, 2021, Harper-Lee was rushed to the hospital. The acid from the battery had burned through her food pipe and into a major artery, leaving the child with a hole in her esophagus.

While she was in surgery, Harper-Lee was pronounced dead. The loss of the little one left the family in an overwhelming state of grief. And since then, the 79-year-old man, Peter Nicklin, no longer seemed like himself.

“The day after he said, ‘why didn’t they take me instead of her?’ He just couldn’t cope with it,” said his son, Darren, who is also Harper-Lee’s grandfather.

Earlier, Peter was known to be someone who “loved life.” But the toddler’s death completely changed him.

“He went from happy-go-lucky, one of the lads, to he just wasn’t himself. We can’t believe he’s done it,” Darren said. “He just changed when our Harper passed. He couldn’t cope with it. People that age, they can’t cope with losing youngsters.”

Darren revealed that his father would not talk about it and bottled up all his feelings. “I think he was thinking about it all the time… He was just sitting in the house,” he added. “I think it just kept running through his head.”

On August 15, Peter was found hanging inside his home after he took his own life. Peter is survived by his wife, Pauline, his three children and his grandchildren.

“He loved all his grandkids. He was very family-oriented, my dad,” Darren said. “He mellowed as he got older, especially with the grandkids, because we had a fairly strict upbringing. He was one of the lads. A hard worker. They knew him round Hanley as ‘The Beard’ because he’d got a big beard.”

Following Harper-Lee’s death, her devastated mother has been raising awareness about the dangers of button batteries. Stacey has also been campaigning for better laws, and an online petition is currently demanding action to prevent such deaths.