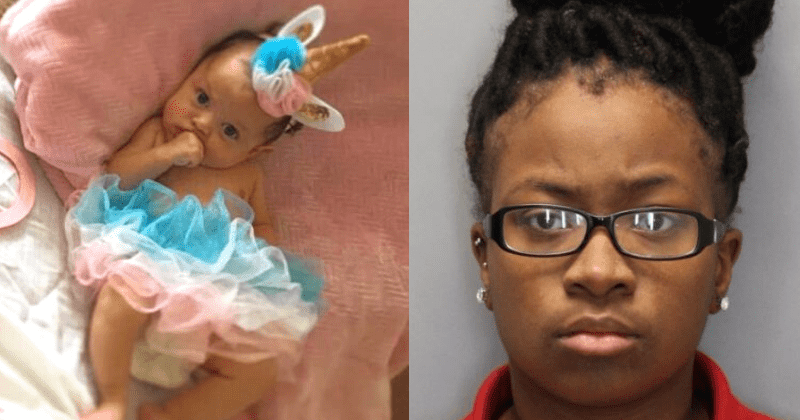 A mother and father were robbed of their chance to watch their beloved baby girl grow up after the infant’s life was tragically cut short by a daycare worker. The four-month-old baby was left in the care of staff members at the LPC Development Center in Delaware. The infant was being looked after by one of the daycare workers, who was 19 years old when the baby passed away due to her negligent actions. She smothered the child and later claimed it was because Isabella was too “fussy.”

On the day of her untimely death, Isabella was in the “infant room,” which was where Dejoynay was also placed that day at the daycare. At some point in the morning, Dejoynay picked the baby up off the floor and carried her by holding just the front of her shirt. Unable to get the baby to stop crying, Dejoynay went on to put Isabella down on the changing table before placing both of her hands on the baby’s face.

During the incident, Dejoynay was reportedly wearing latex gloves on her hands, and her cruel actions were caught on camera by the daycare’s surveillance footage. For about three minutes, Dejoynay kept her hands on Isabella’s face, and when she finally took them off, the baby was “unresponsive and motionless,” according to details revealed by the police. Instead of immediately alerting someone, Dejoynay picked up the child and put the motionless body in a crib.

“After approximately 20 minutes Ferguson advised the owner of the facility that the victim was unresponsive at which time a call was made to 911,” Delaware State Police Master Cpl. Michael Austin said. The very next day after the baby girl lost her life, Dejoynay was arrested. “A family’s world was changed forever. As a parent personally, I’m heartbroken for them…” said officer Austin as he spoke about Isabella’s mourning family.

More than a year has passed since baby Isabella lost her life in September, 2019. And on Wednesday, April 14, 2021, the Delaware Department of Justice announced that Dejoynay pleaded guilty to a number of charges, including first-degree murder by abuse, six counts of first-degree child abuse, and two counts of second-degree child abuse. Her plea “includes an acknowledgement of guilt for the murder, along with the other abuse alleged in the State’s indictment,” the Delaware DOJ said.

Currently, Dejoynay faces 27 years behind bars and is awaiting her sentence whilst being held at the Baylor Women’s Correctional Institution.