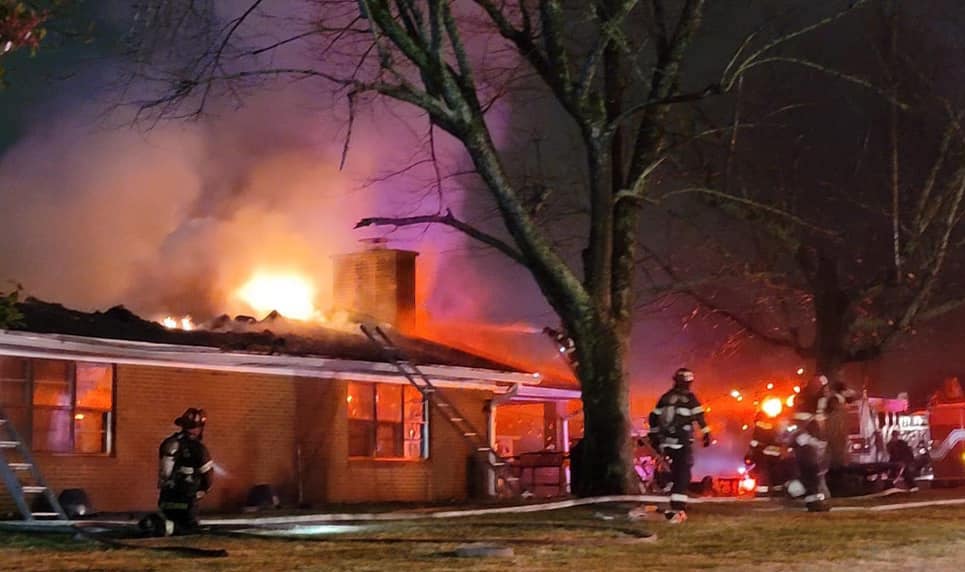 Cleveland, TN – According to the Cleveland Fire Department, this incident occurred around 8:09 p.m. Saturday night.

Cleveland Fire Department crews responded to a report of a house fire.

The responding crews said that an aggressive interior attack was made.

Unfortunately, heavy fire and high winds created conditions that forced firefighters to pull out of the structure and take up defensive positions.

No residents were home when the fire started.