Home > Trending > “I’m not anti-vax, but people need to be aware that there are serious side effects”, Woman says she suffered a rare, but serious reaction to the COVID-19 booster vaccine and claims her immune system has been permanently damaged
Trending 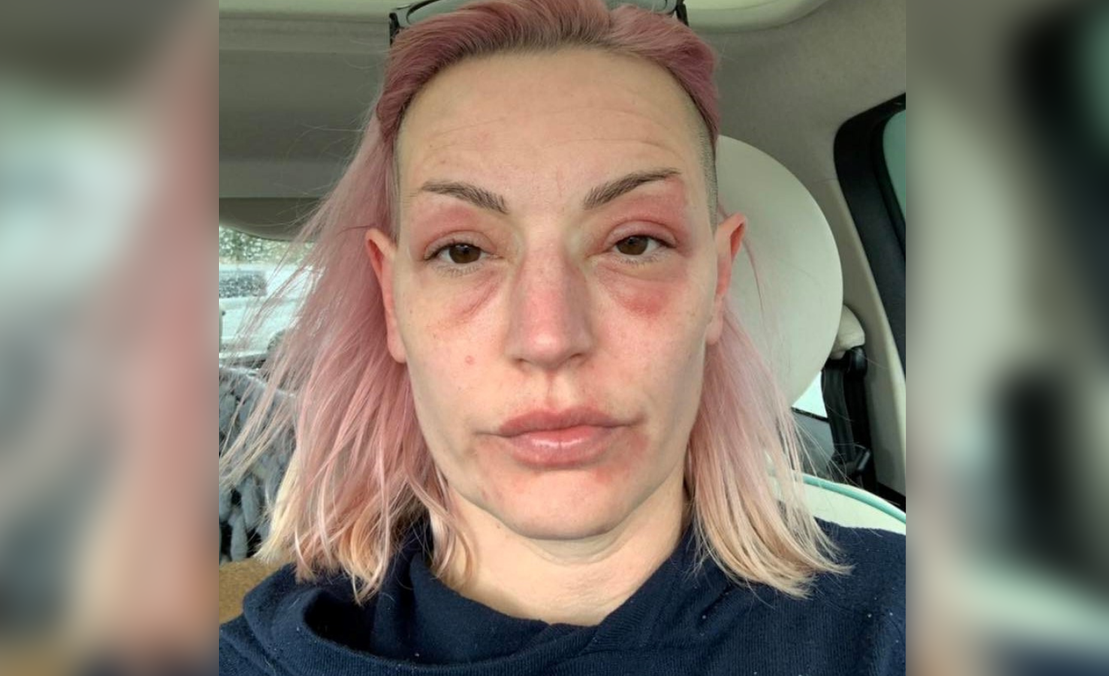 The 41-year-old woman says a rare, but serious reaction to the COVID-19 vaccine booster left her with sunburn like symptoms on her face. The woman claims that she has aged by 20 years in just few days after taking the booster shot. She also said that she is not an anti-vaxxer. But, after her reaction to the booster vaccine, she is keen to make people aware of the pain she is now in. The 41-year-old woman also believes her immune system has been permanently damaged as a result of the vaccine as she has become dependent on steroids.

The 41-year-old woman, Michelle Flower, said that her doctor believes she suffered a rare side effect of the booster shot. The woman said she is not against the vaccine and is not an anti-vaxxer. Flower said the condition has made her look like she has aged 20 years in 3 three days and she is now urging people to be aware, per reports.

Michelle had her COVID-19 Pfizer booster vaccine in January 2022. Unfortunately, 2 weeks after her vaccine, Michelle began suffering from a painful skin condition which has caused cracks in her lips and a stinging sensation to the skin of her face that has not allowed her to sleep.

Doctors told the 41-year-old woman that she was suffering from urticaria and prescribed steroids. Unfortunately, after completing the course the same symptoms returned – with the same process repeating five times.

The 41-year-old woman claims her immune system has been permanently damaged as a result of the vaccine as she has become dependent on steroids. Flower also thinks she was wrongly diagnosed.

According to reports, the 41-year-old woman has self-diagnosed herself with Dermatomyositis, which is a rare side effect of the COVID vaccine and alleges the symptoms are very similar to urticaria.

She is now urging people to be aware of Dermatomyositis so they do not endure the same pain she is currently suffering.

Doctors are now sending her for an urgent skin biopsy to confirm the rare condition with a specialist.

The 41-year-old woman, Michelle Flower, reportedly said: “I’ve been crying in pain. I haven’t slept for days. This has been happening since two weeks after I had the Pfizer booster shot. I’ve been prescribed steroids but every time I come off them, this is what happens. It’s like the worst sunburn you have ever imagined.

The only cream I have found to ease the pain is an E45 cream, which gives me about 20 minutes of respite. Doctors don’t know about this new side effect of the jab.

It’s like having really, really bad sunburn. My face is burning and stinging. I have the sorest lips in the world – it’s like having cold sores forming and opening on your lips. I have hives on my neck and psoriasis in the folds on my arms. All my joints and fingers are in pain.

The doctors told me it was because I was outside too much, but they’ve swelled up. It’s not normal. I have felt so desperate. It’s the pain that’s the worst, the effects of this are a killer in so many ways. It affects your mental health and I had to drive myself back from hospital after three days of no sleep. I could have had a crash.

Despite this happening I’m not anti-vax; but people need to be aware that there are serious side effects that are affecting people.”