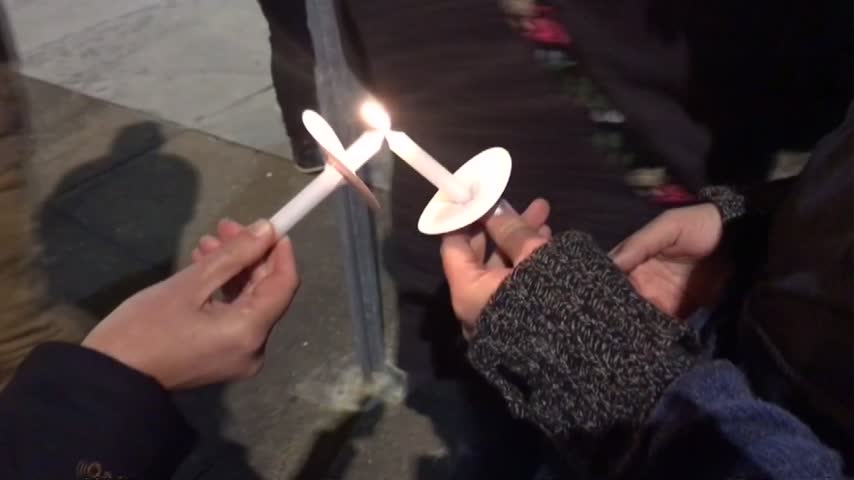 CHATTANOOGA, Tenn. – Around 15 people gathered with candles in front of the Chattanooga City Council building for a vigil Wednesday night.

“It was today, 37 years ago that Wadie Suttles was murdered here in the old Chattanooga Jail which is now our city council chambers,” Concerned Citizens for Justice Member Ayana Clemmons said.

Suttles was the father of Concerned Citizens for Justice Co-Founder Maxine Cousins.

According to the organization, Suttles was killed by police.

“He was stopped in his car, for sleeping in his car. He was then brutalized by an officer, local law enforcement in Chattanooga and then later on was murdered in the Chattanooga Jail by a baton and witnesses say that it was the police department that murdered him,” Clemmons said.

While Suttles was the focus of the vigil, the event remembered not just him, but other lives lost as a result of police violence.

“The only thing we hope that comes out of this vigil tonight is that folks are aware of the underlying issues of police violence that is happening here in our city not just since 1983, but it continues still to this day and it is significant that we continue to acknowledge, uplift those lives and continue to fight in their right, in their names for their justice,” Clemmons said.

They remembered over 96 community members.

Pests entering your home during cold weather and outdoor Thanksgivings