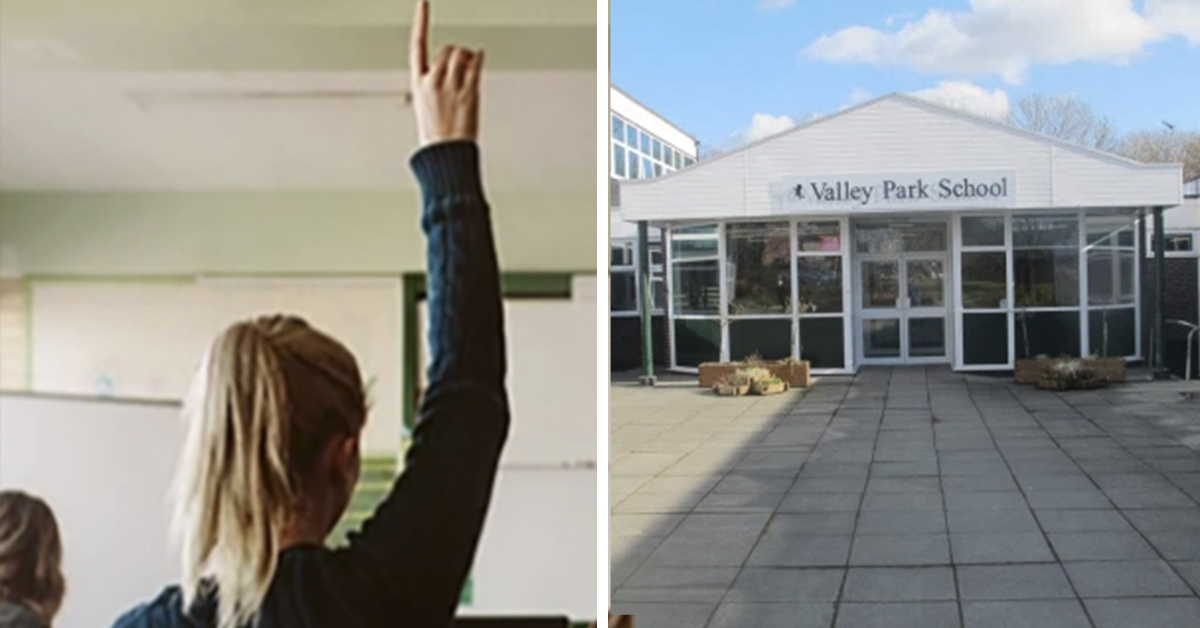 A mom has hit out at her daughter’s school after a teacher refused to allow her to use the bathroom when she was on her period – she was then punished for going anyway.

The 15-year-old pupil at a school in Kent, England, told her mom that she was ordered to ‘sit down’ by her female teacher when she stood up and begged to go to the bathroom.

The teenage girl had to go to the bathroom anyway so left the classroom but on her return was punished and put into seclusion for the rest of the day at her school.

“When my daughter first told me what happened I thought, ‘There’s no way you’d get put into seclusion for just asking to go to the toilet,’ but I got the same story from my daughter as I did the teacher,” her mom said.

“She didn’t want to go to school at all the next day.

“I’ve never been called about her behavior before and she has never been in trouble, so I think it’s absolutely ridiculous.”

Her mom called the school to explain why her daughter had to go to the bathroom but the member of staff defended the decision to punish the pupil, even after knowing why, saying each teacher can make an “individual judgement”.

“I spoke to the head of year and said, ‘From one woman to another, surely you understand why she left the classroom?’ She (her daughter) even told the teacher the reason for the problem,” the girl’s furious mother said.

“The member of staff just said to me as a teacher, if she needed to go to the toilet, she wouldn’t be able to leave the classroom unattended.

“There’s no way I believe a teacher would have stood there for the whole hour lesson when they needed to go in the same situation. They would have called a superior or a colleague to cover them.”

The principal Margaret Hutchinson said the school would “never deny any student access to our bathroom facilities.”

“But we do ask that students make every effort to do this during break and lunch time to minimize disruption to lessons,” she added.

“In this case, the student was asked to wait because students had only just had a break but, unfortunately, she left the classroom without permission. It was this behavior that resulted in the internal seclusion.

“We make every effort to be understanding when students need to use the facilities for specific reasons, however, it is our policy that the class teacher will make a judgement based on the individual circumstances.

“We have spoken with this student and her mother regarding the particular incident and have explained our rationale for the seclusion – this was because of her disrespect to a member of staff upon leaving the classroom, without permission.”