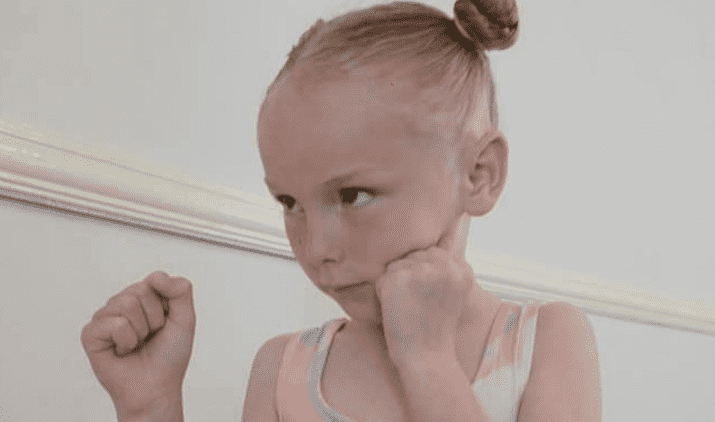 A 6-year-old girl is left in critical condition after a concrete and marble fireplace in the living room fell on her head. Authorities say the 6-year-old girl Alexa-Leigh Blakemore sustained serious head injuries, including a fracture on her skull and bleeding in her brain, and has since been in a coma. Although her condition has stabilized, she is still in a critical state at the hospital. Her parents revealed that the tragic incident happened on September 10 in their rented home.

“Alexa-Leigh was doing her thing like she normally does, running around and playing like the happy little girl she is. I was concentrating on feeding my baby but I could see her out of the corner of my eye. All of the sudden there was a crash and this thing had fallen on her and there was a lot of blood”, her father, Keiran Blakemore, said.

The father immediately sprang into action after seeing his little girl in crisis. Alexa-Leigh suffered a fractured eye socket, a fractured skull, a fractured wrist, and critical bruising on the brain due to the accident. Her parents described her condition as touch and go, with her father revealing that surgeons have already drained fluid from her brain to reduce pressure while she remains in a medically induced coma. “We can go into the ward and sit by her as much as we want but it is horrible seeing her like that, with tubes going into her,” explained a devastated Keiran.

Her parents also noted that they have been calling for repairs in the property in Liverpool for some time now. They are now warning others to make sure that heavy fireplaces are properly secured before renting them. A family friend, Katelin, recently set up a GoFundMe page to help raise enough money so that the family can move to a safe accommodation after Alexa-Leigh is released from the hospital. The donations will also go towards paying the medical bills. Describing her as a “bubbly happy loving child” Shaw explained she got into a horrible accident when “a fireplace fell on top of her which had not long become loose from the wall within a split second Alexa was under it.

“Alexa has been put into an induced coma with 48hrs critical 6 fractures to her skull and swelling on her brain which has started to slow down and other internal injuries, when Alexa wakes up (I say when because I know she can fight this) she might not be the same little girl she was even though she will always be the same Alexa to us her life could have changed forever the next several months/year + is going to be a struggle for her and her mum Elle her dad Kieran and 2 little sisters Gracie and luna,” it read. “Please can everyone donate or even share this every penny/pound counts and this family are going to need everything they can get as from now on they will have to face medical things to pay and even if the money goes on making sure Alexa gets everything she wants they deserve this more than anything and I want to help as much as possible,” continued the plea.

With this simple trick you will defrost the windshield of your car in seconds!