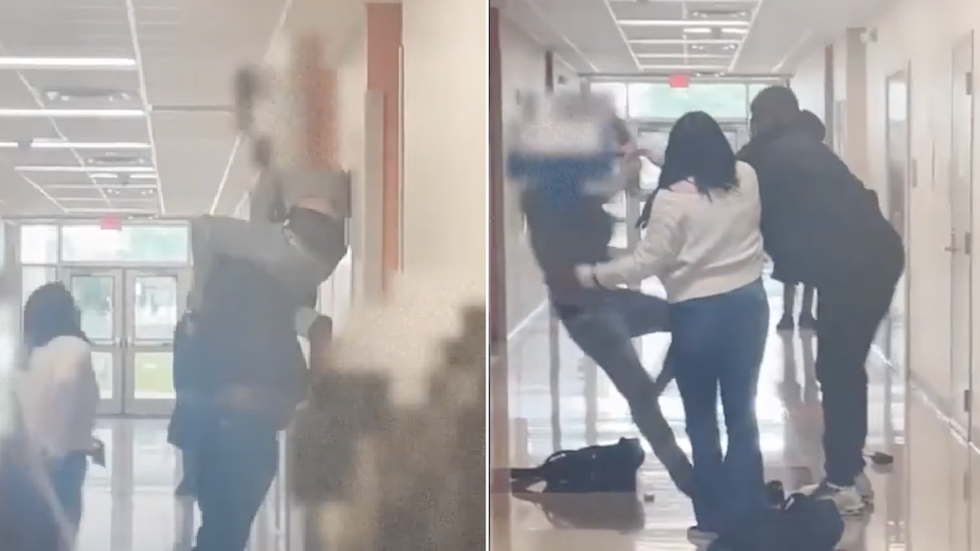 High school employee was caught on video lifting a student by his shirt and neck, and throwing him to the ground after the unidentified teen used the N-word in the classroom. Despite the minor’s use of the racial slur, the school employee’s response was not appropriate, officials said. The 26-year-old campus monitor, who had been with the school district for only a week, resigned shortly after the incident. He was working as a campus monitor at the high school and not a teacher. He was in charge of a classroom full of children on in school suspension.

The high school employee from Florida, Christopher Ferguson, is now facing child abuse charges. Officials said he allegedly lifted a student by his shirt and neck, and threw him to the ground, FOX35 reports.

This incident occurred on April 4. It happened at the Tohopekaliga High School. The responding deputies made contact with the student who reportedly told them that he was talking to his classmates and said a racial slur.

The 26-year-old high school employee reportedly told the unidentified student he could not talk like that and was asked to leave the classroom, per reports.

When the class was over, the student told his girlfriend that the high school employee was ‘in his feelings.’ According to the sheriff’s office, the 26-year-old man overheard this and asked the student to come back.

When the unidentified student repeated what he said, the high school employee grabbed him by the shirt and neck and lifted him up to the ceiling before slamming him on the ground.

According to FOX35, the boy suffered red marks on his neck and chest. The whole incident was caught on video.

The video showed the school employee continuing after the child, shoving him. A female student tries to get Ferguson off of her schoolmate, saying, “Get the f— away,” as the boy yells to his friends, “I ain’t no little n—a.”

Per reports, the 26-year-old man was working as a campus monitor at the school and not a teacher. He was in charge of a classroom full of children on in school suspension.

The school district released a statement and said that the 26-year-old employee resigned after the incident on Monday and that he had only been working for them for a week.

The student’s family was notified and the Department of Children and Families were also notified. The boy’s mother was contacted about the assault and opted to press charges. The race of the student has not been released.