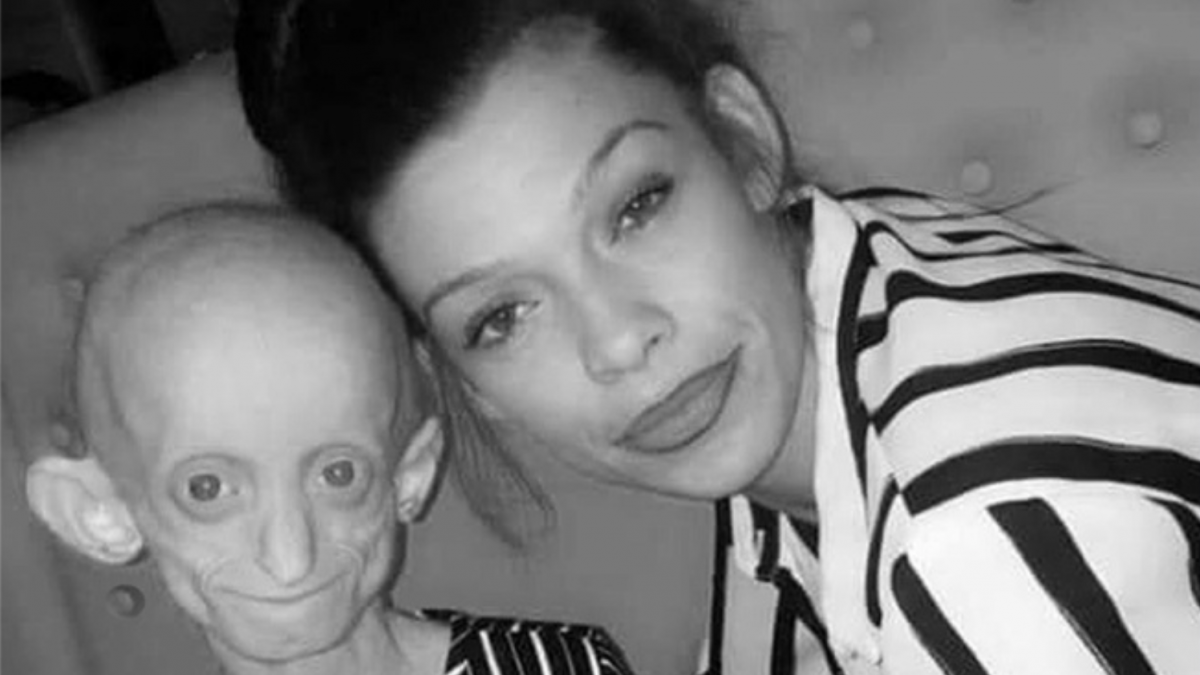 A teenager with the “Benjamin Button” disease tragically passed away just weeks after celebrating her 18th birthday. Her name is Ashanti and she had been living with a rare premature aging condition called Hutchinson-Gilford Progeria Syndrome which aged her body to that of a 144-year-old. For every year in her life, her body would age eight years.

Until she finally passed away on Saturday, July 17. She took her final breath while being surrounded by people who loved her, including her doting mother Phoebe and a family friend Kayleigh. Some of her final words were an urge to her mom, “You’ve got to let me go.”

Devastated by her passing, her mother Phoebe Louise Smith paid tribute to her “brilliant and strong-willed” daughter, who did not let the disease affect her “sound and beautiful spirit.”  Describing her daughter’s life, Smith said, “Ashanti’s life was a joy. Even though progeria affected her mobility, it didn’t affect anything else. She was a typical, stroppy 18-year-old and I loved everything about her. She was brilliant, she was gobby. She spoke her mind and everyone knew it.” She continued, “It didn’t affect her heart, her willpower, or the way she felt about herself – she felt beautiful every day. I made sure of it every day. Everyone loved and adored that little girl. She touched their hearts so much with her willpower.”

Although the girl from West Sussex was physically 144-years-old, she was able to enjoy her 18th birthday with her favorite cocktail. “She was louder – louder than me – and I’m a very loud person,” recalled the heartbroken mother. “There are photos of her first getting ID’d. We all took her out to the pubs, me and all the girls. We took her to three pubs three weeks ago. She got tipsy and she loved it. Ashanti’s condition affected her mobility to such an extent that she “had a broken hip and it had to be set back in three times, then eventually it came out again and she just walked with a broken hip.”

“That child, my little girl, wouldn’t get in a buggy. She’d either be carried or she’d walk,” said Smith adding that her daughter requested not to be treated differently just because of her condition. “You’d ask if she wanted a drink, she’d say ‘I’ll get it – what are you treating me different for?’ She was very strong. It didn’t affect her will. Obviously, it affected her mobility and she had heart disease,” she added. Revealing the cause of death, the mom added, “The condition gave her arthritis, and it gave her heart disease and heart failure. She passed away of heart failure and natural causes.”The day, Ashanti died started like any other normal day would. “She was walking around, having KFC, walking around the park – absolutely fine. Then it came on sudden and it was about half an hour,” recalled the grieving mom.

Family friend Cartwright shared how “upsetting” that day was as the teenager had been “feeling a bit sick.” Shaine rushed her home as Ashanti wanted to be with her mom. “She struggled but she said ‘Mum, I love you. You’ve got to let me go,'” Smith said.

A JustGiving page has been set up by the teenager’s friends to raise money for Ashanti’s funeral cost.

Gov. Lee encouraged residents to get vaccinated during a press conference on Thursday