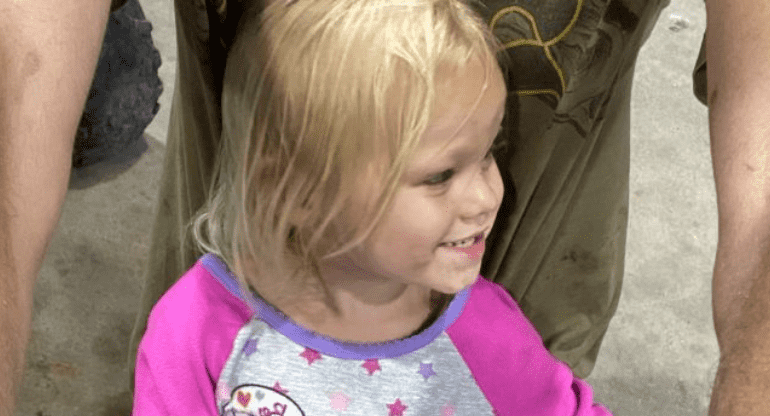 A family from Texas is grieving the loss of a two-year-old girl, who was taken away from them in a freak accident. The toddler was attending a birthday party with her family on Sunday, July 11, 2021. As the 2-year-old girl was surrounded by her loved ones, a part belonging to a Chevy truck popped off and unexpectedly hit her in the head. The little girl was sitting on a four-wheeler in the lead-up to the accident. At some point, the family decided to move a truck that was parked just a few feet away from where the toddler was sitting.

As the truck was turned on, the vehicle’s AC compressor plate popped off and struck Delilah’s head. The impact of it left the little girl with a fatal injury.

“We are so heartbroken and sad the injury is her head due to a part on a Chevy pickup flying off the engine,” Delilah’s family wrote on a GoFundMe page.

One of the first responders, Tim Bilderback, who arrived at the birthday party-turned-tragedy, noted how the accident was the kind that nobody ever imagines. He believes that the situation may have turned out much differently if Delilah was sitting maybe even a slight distance away.

“It was just a random freak accident,” said Tim. “If she was anywhere besides the spot she was sitting in, the injury would not have been as bad. Nobody expects that to happen.”

The toddler was flown to the Children’s Medical Center in Dallas, and she spent days fighting for her life in the hospital. However, the doctors told the family that her injuries were extremely severe; her brain pressure had also reached dangerous levels.

After a few days in the hospital, her family wrote on a GoFundme page: “By the end of the day my lil girl with be with her grandpa and great grandma watching down on us.”

On Wednesday, July 14, 2021, Delilah passed away. “My baby has moved on. She has her wings. Now we are planning a celebration of her life and will post a update with that information,” the family wrote.

Still unable to accept how the little girl’s life was tragically cut short, Delilah’s Aunt Martina Steinbrook said, “[I’m] hurt, not mad at anybody for it because it was a freak accident. We’re all in shock.”

As Tina described her much-loved granddaughter, she said, “She was the smartest little two-year-old there was and [the] spunkiest; she just loved the world.”

Through the fundraiser, the family hopes to raise enough money to help with the funeral costs and offset the medical expenses.

“Right now, we’re asking for any help we can get,” said Delilah’s aunt, Martina.

18-year-old with Benjamin Button disease that aged her body to 144 has died: "Mom, you have to let me go"