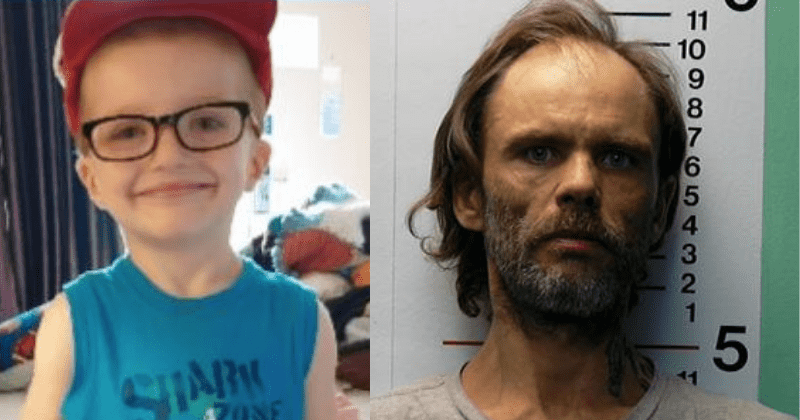 Parents are expected to prioritize their children over everything else in the world – no matter how compelling anything else might seem. But that is not always the case. People who fail to see how special their little ones are unfortunately end up putting them through a hell that no child deserves. And that is what happened with little James, a 6-year-old boy from Ohio. The 29-year-old woman who ran over her son while he desperately tried to get back into the car, and then later dumped his body into a freezing river, has confessed to killing her son. But new details leading up to the chilling murder reveal that she might not be the only one to blame for the little boy’s horrifying death.

The mother said that she was pressured into getting rid of her children by her 42-year-old boyfriend, James Russell Hamilton. An incident report filed by the investigators points to Hamilton as the primary instigator of the brutal murder. Brittany’s two other children, the little boy’s older sister and brother, were forced to watch as their mom ran over their brother.

In the incident report, obtained by The Daily Beast from the Preble County Sheriff’s Office, Gosney is stated to have confessed to driving to a local park on February 27 in Hamilton’s 2005 Dodge Caravan. She drove there with the intention of abandoning her three kids, 6-year-old James, and his older siblings, aged 7 and 9. “Brittany stated she had planned to get the kids out of the vehicle and to leave them behind as Hamilton had been pressuring her to get rid of the kids,” the report says.

“When doing this, the 6-year-old, Hutchinson, grabbed onto the door handle. Brittany slammed the gas trying to leave the kids and drug [sic] Hutchinson possibly running him over. Brittany turned the vehicle around to check on Hutchinson and he was dead. Brittany then loaded the 2 live children and Hutchinson back into the vehicle and returned to her and Hamilton’s residence.”

The 29-year-old rode back home with the corpse of her 6-year-old, along with his two older siblings in the back of the car, and stashed his body in a spare room of the house where she was living with Hamilton. Later, in the wee hours of Sunday morning, Brittany and the 42-year-old man loaded up the little boy’s body in the car and “drove the Dodge Caravan to the bridge that goes over the Ohio River and threw Hutchinson’s body into the water below,” the sheriff’s report states.

The following morning, Gosney went to the local police station to report her son missing, accompanied by Hamilton. But something seemed amiss in their accounts of what had happened to the boy, and the police were able to catch on to that. The Ohio police decided to interrogate them both, and soon enough, the mother cracked under pressure. Brittany Gosney confessed to killing her 6-year-old boy, and said she did so after being pressured to “get rid off” her kids by her boyfriend, James Hamilton. The mother has been charged with murder, abuse of a corpse, and tampering with evidence, and her bail has been set for $1 million. Meanwhile, her boyfriend has been charged with abuse of a corpse and tampering with evidence, with a bail set at $105,000. Gosney’s two other kids, both of whom had sustained minor bruises but were mostly unharmed, have been put into foster care. The body of 6-year-old James is sadly, yet to be recovered.